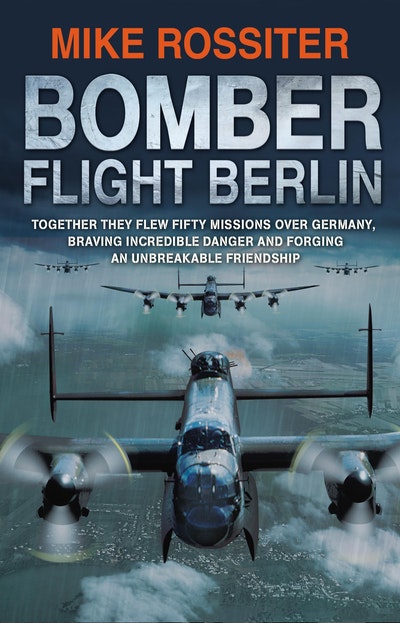 The story of a Lancaster Bomber crew.

'We believed in ourselves so much, no one ever panicked, even when the situation looked so desperate. We all believed that our best chance of staying alive was to stick together.'

Flying Lancaster bombers was one of the most dangerous missions of the war. Yet night after night Flight Lieutenant Geoffrey King and the crew of C Charlie risked their lives in the skies over Germany. Together they faced incredible dangers, flak damage, close encounters with the fighter planes of the Luftwaffe, and crash landings.

Against this background a friendship was formed that bound the crew of C Charlie together against all odds.

Geoffrey King and the crew of C Charlie are unique in having flown together for fifty missions and living to tell the tale. Bomber Flight Berlin is the story of a group of ordinary men, from different walks of life, thrown together by the forces of war. It is the story of those missions above Berlin, as they flew into what seemed certain death, and aircraft all around them were blasted out of the sky. It is also a testament to a remarkable friendship.