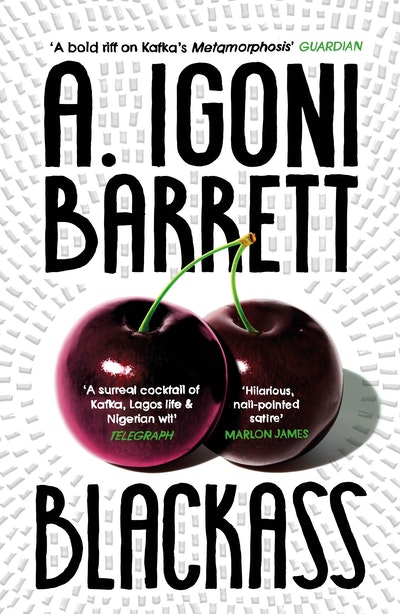 'A devastating social parable brimming with humanity and heart...' -- Marlon James, winner of the Booker Prize 2015 A brilliant Kafka-esque satire – with a sting in the tail – from ‘one of the finest writers around’ (Guardian)

'A devastating social parable brimming with humanity and heart...' Marlon James White skin, green eyes, red hair...Furo Wariboko – born and bred in Lagos – wakes up on the morning of his job interview to discover he has turned into a white man. As he hits the city streets running, still reeling from his new-found condition, Furo finds the dead ends of his life open out before him. As a white man in Nigeria, the world is seemingly his oyster – except for one thing: despite his radical transformation, Furo's ass remains robustly black . . .Funny, fierce, inventive and daringly provocative – this is a very modern satire, with a sting in the tail.

A. Igoni Barrett was born in Port Harcourt, Nigeria, in 1979 and lives in Lagos. He is a winner of the 2005 BBC World Service short story competition, the recipient of a Chinua Achebe Center Fellowship, a Norman Mailer Center Fellowship, and a Rockefeller Foundation Bellagio Center Residency. His short story collection, Love is Power, or Something Like That, was published in 2013. In 2014 he was named on the Africa39 list of sub-Saharan African writers under 40. Blackass is his first novel. 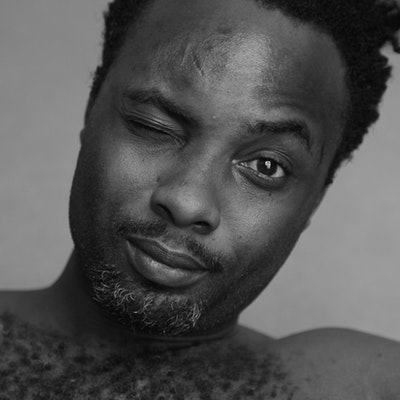 Also by A. Igoni Barrett 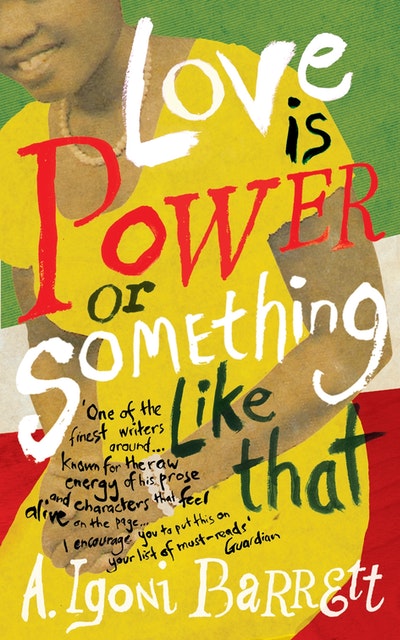 It is the funniest, most engaging badass book I’ve read in years. You should read this book and enjoy freshly minted scintillating prose rioting with each other – it is a lush canvas of ideas, humor and vision. Blackass is fresh, contemporary writing without even trying; this is how fiction should be written in the 21st century.

Gripping... This is a memorable, richly allusive story, skillfully interweaving thoughts from Kafka to the poet Elizabeth Bishop. Barrett probes not only the surface but the depths of who we are

Wonderfully imagined, and very funny… a dazzling first novel by one of Africa’s best young writers

As well as being a fable about race and identity, Blackass is in large part a love letter to Lagos… For Barrett, race is inevitably one part of a person’s identity, but it is one that asserts itself principally through the eyes of others, through how they “read” those they encounter. People will inevitably discuss this book, and Barrett’s work in general, in the context of a resurgent Nigerian literary scene that includes writers such as Teju Cole, Chimamanda Ngozi Adichie and Helon Habila. But, to read him only as a Nigerian writer would be to do him a disservice. For Blackass is a strange, compelling novel, and Barrett has something to tell us all.

A bold riff on Kafka’s Metamorphosis... Igoni Barrett’s greatest asset is his ability to satirise the ridiculous extents people, especially Lagosians, go to in order to appear important. His characters’ every foible is captured and amplified for effect.

An inventive and playful take on power and identity in modern Nigeria... [with] nods to Achebe and Yeats

A highly original story about selfishness, inequality and perceptions

A confident, original and occasionally laugh-out-loud-funny novel which may have an agenda but is certainly not hijacked by it

A really interesting and different novel from many of the things I have read, or have seen published, this year. You can simply read it as a darkly witty escapist fairytale/myth/fable or you can or as a wonderful, satirical and occasionally daring way to look at society and questions of class, gender and race. Either way you are going to have a great read ahead of you

Barrett’s novel forces the reader to consider important questions regarding the human condition and is a worthwhile read precisely because of the difficult questions it raises.

Barrett reworks Kafka’s family drama as an urban odyssey and make a stunning success of it.

Ingenious… and immediately funny. A clever cypher for all kinds of questions about identity, social prejudice and public perception versus self-invention. Barrett’s conclusions aren’t the obvious, clichéd ones you’re expecting….an amusing, thought-provoking read.

With a title like Blackass you might think A. Igoni Barrett is setting out to provoke; in fact he's a better writer than that... A delight to read, and it adds a spectrum of colour to the sad, amusing story of a character forced to live in black and white.