Inside the Bain Family Murders

A gripping account of New Zealand's most controversial criminal case, from Martin van Beynen, the award-winning journalist behind the Black Hands podcast.

This is the story of a mass-murder that divided a nation.

It began in a rickety old house on a cold June morning in 1994, where five members of a seemingly ordinary New Zealand family were gunned down.There were two suspects. One lay dead from a single bullet to the head. The other was the only survivor: David Bain. Since then, the country has asked: Who killed the Bain family? David, or his father Robin? And why?Award-winning journalist Martin van Beynen has covered the Bain story closely for decades. His 2017 Stuff podcast, Black Hands - based on the manuscript for this book - topped the charts in New Zealand and around the world and has been downloaded more than 5 million times. Now, his book brings the story completely up to date: exploring the case from start to finish, picking through evidence old and new, plumbing the mysteries and motives, interviewing never-before-spoken-to witnesses andguiding readers through the complex police investigation and court cases, seeking to finally answer the question: Who was the killer?Black Hands is a riveting read from the first word to the last, by a skilled writer who knows his subject inside out.

“If anyone can pass judgement it can only be those who sat through the whole trial.” - David Bain in New Idea

Martin van Beynen is an award-winning writer and journalist for The Press and stuff.co.nz. He is the author of Trapped: Remarkable Stories of Survival from the 2011 Canterbury Earthquake, Penguin, 2012. He was awarded Fairfax Media Journalist of the Year 2010-2011, Senior Reporter of the Year and Senior Newspaper Feature Writer of the Year in the 2012 Canon Media Awards, and the 2013 Wolfson Fellowship to Cambridge University. In the 2010 Qantas Media Awards he won the Story of the Year award for a feature after the trial and acquittal of David Bain and also wrote and voiced the top-rating podcast Black Hands. He lives in Christchurch. 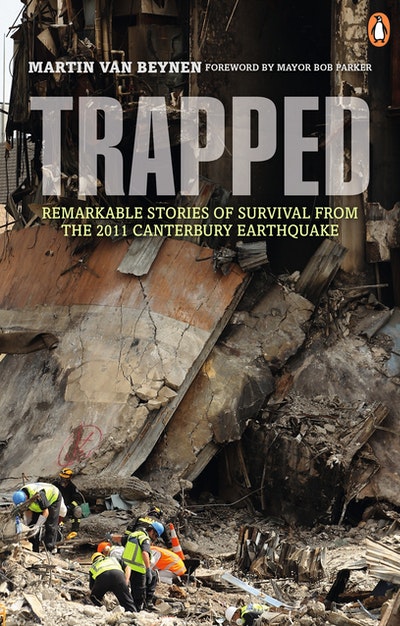