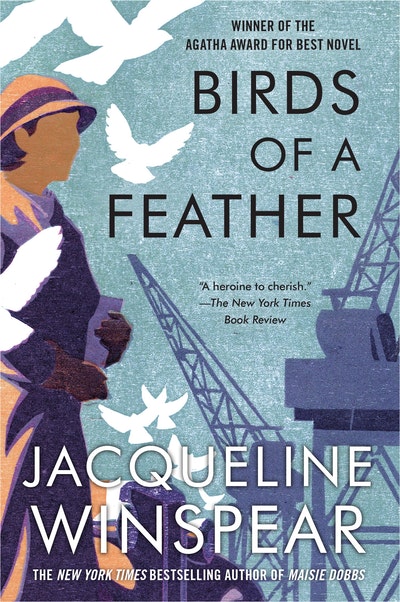 Birds of a Feather

Jacqueline Winspear’s marvelous debut, Maisie Dobbs, won her fans from around the world and raised her intuitive, intelligent, and resourceful heroine to the ranks of literature’s favorite sleuths. Birds of a Feather, its follow-up, finds psychologist and private investigator Maisie Dobbs on another dangerously intriguing adventure in London “between the wars.” It is the spring of 1930, and Maisie has been hired to find a runaway heiress. But what seems a simple case at the outset soon becomes increasingly complicated when three of the heiress’s old friends are found dead. Is there a connection between the woman’s mysterious disappearance and the murders? Who would want to kill three seemingly respectable young women? As Maisie investigates, she discovers that the answers lie in the unforgettable agony of the Great War. 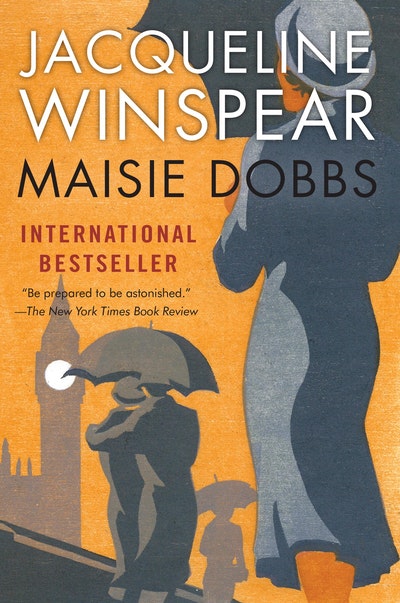 Praise for Birds of a Feather

Praise for Birds of a Feather Agatha Award Winner “Birds of a Feather succeeds both as a suspenseful mystery and as a picture of a time and place . . . Maisie’s liveliness of mind, good sense, and kind nature make her a heroine a reader can enjoy spending time with.” —The Boston Globe   “If you like classic mysteries . . . you’ll love Winspear’s Birds of a Feather.” —The Denver Post   “The eponymous heroine of Winspear’s promising debut, Maisie Dobbs (2003), continues to beguile in this chilling, suspenseful sequel . . . As in her first novel, the author gives an intelligent and absorbing picture of the period, providing plentiful details for the history buff without detracting from the riveting mystery. Readers will be eager to see more of the spunky Maisie.” —Publishers Weekly, Starred Review Praise for Maisie Dobbs A New York Times Notable Book of the Year Agatha Award Winner for Best First Novel Macavity Award Winner for Best First Novel Alex Award Winner “Compelling . . . powerful. [Maisie Dobbs] testifies to the enduring allure of the traditional mystery . . . even though I knew what was coming this second time 'round, its final scene is still a punch in the gut.” —Maureen Corrigan for NPR’s Fresh Air, speaking on the 10th Anniversary edition of Maisie Dobbs "[A] deft debut novel . . . Romantic readers sensing a story-within-a-story won't be disappointed. But first they must be prepared to be astonished at the sensitivity and wisdom with which Maisie resolves her first professional assignment." —The New York Times "The reader familiar with Alexander McCall Smith's The No. 1 Ladies Detective Agency . . . might think of Maisie Dobbs as its British counterpart . . . [Winspear] has created a winning character about whom readers will want to read more." —The Associated Press "[Maisie Dobbs] catches the sorrow of a lost generation in the character of one exceptional woman." —Chicago Tribune “A fine new sleuth for the twenty-first century. Simultaneously self-reliant and vulnerable, Maisie isn't a character I'll easily forget.” —Elizabeth George, #1 New York Times Bestselling author of the Inspector Lynley series