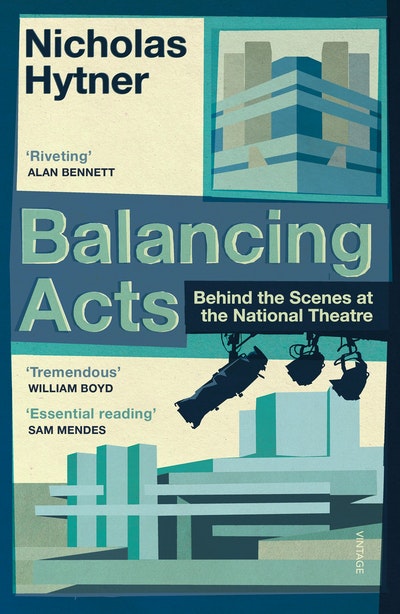 Behind the Scenes at the National Theatre

The Sunday Times Bestseller
This is the inside story of twelve years at the helm of Britain's greatest theatre.

It is a story of lunatic failures and spectacular successes such as The History Boys, War Horse and One Man, Two Guvnors; of opening the doors of the National Theatre to a broader audience than ever before, and changing the public's perception of what theatre is for. It is about probing Shakespeare from every angle and reinventing the classics. About fostering new talent and directing some of the most celebrated actors of our times. Its cast includes the likes of Alan Bennett, Maggie Smith, Mike Leigh, Daniel Day-Lewis, Michael Gambon and Helen Mirren.

Intimate, candid and insightful, Balancing Acts is a passionate exploration of the art and alchemy of making theatre.

Nicholas Hytner was director of the National Theatre from 2003 to 2015, where he directed plays by – among many others – Shakespeare, Ben Jonson, Alan Bennett and Richard Bean and produced more than two hundred different shows. He brought in a new community of artists, introduced National Theatre Live cinema broadcasts around the world, and established £10 ticket seasons which – by radically reducing ticket prices – filled the National with large new audiences. Before running the National, he worked widely in the West End and on Broadway; and in opera – in London, Paris, Munich and New York. His films include The Madness of King George, The History Boys, The Lady in the Van, and The Crucible with Daniel Day-Lewis. The Bridge Theatre, the London home of the new company he has formed with Nick Starr, opens in 2017. 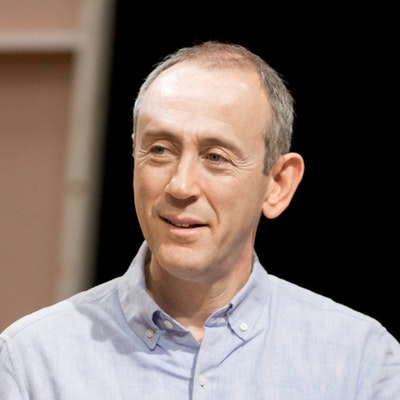 A tremendous book about life in the theatre — and theatre, and life. Honest, shrewd and heartfelt. A classic of its kind.

Witty, waspish, and extraordinarily wise, it comes as no surprise to discover that Nick Hytner is every bit as good a writer as he is a director. Part fascinating memoir, part brilliant guidebook, Balancing Acts is also a record of how one man challenged and changed the way theatre is perceived in the UK, and with a few brilliant strokes – £10 tickets, live cinema broadcasts, and a dazzlingly inventive and brilliant repertory – created the first great theatre of the twenty-first century. For his description of what went into that quiet revolution, and for many other reasons, this wonderful book is essential reading.

As the record of a great theatre dealing fully and richly with the past and finding new ways of holding a glass up to the present, it’s incomparably interesting... This book is immensely readable, full of vivid anecdotes, and rich with an intimate understanding of drama both classic and modern. I loved it, and I’m sure it will do very well.

Nicholas Hytner gives a riveting account of his time at the National Theatre. “Nothing makes me happier” he writes “than to throw a party and sit on the edge of it.” It was a party, often a triumphant one, but he was at the heart of it. As was someone else: Shakespeare, about whom he writes superbly. Speaking for myself I’ve never had so much fun as working with Nicholas Hytner. This lovely book explains why.

Witty and entertaining, [Hytner] has an ability to be serious without being portentous, and he’s able to tell a good story … Balancing Acts is both history and illumination … You don’t have to be interested in theatre or even in culture to enjoy this book … But if you do happen to be interested in one of the few organisations in Britain that actually achieves what it’s supposed to … then you’ll be delighted. What’s more, in the account of Hytner’s directing at least six Shakespeare plays … you’ll find yourself given a masterclass.

[Balancing Acts] shows that [Hytner] can write extremely well. It is fuelled by the same clarity and intellectual pizzazz that are the hallmarks of his productions… It shows so many of Hytner’s virtues: his unfashionable appreciation of the intelligence of actors, his boundless fascination with Shakespeare, his belief in the magical power of theatre… It’s a wonderful book: stimulating, intelligent, gossipy, heartfelt, affectionate, honest and, perhaps above all, fun.

Vivid, engaging, alive with anecdotes and continually invigorated by ideas.

Hytner digs up plenty of absorbing material, reminding us that running a major arts organisation is a high-wire performance that features the continual risk of career-ending injury… It should be read not simply by anyone who has an interest in British theatre, but anyone interested in that oldest of questions: how you make art that sells... Engagingly open... astute and unsentimental... His insights on Shakespeare and Bennett are worth the price of the book alone.

The book is what you might describe as a safe space for those who maintain, as I do, a deep-seated fear of theatrical memoirs … For one thing, there is his modesty … For another, there is his willingness, when necessary, to send up the theatre. … Balancing Acts reminds the reader, almost inadvertently, of the astonishing success the National Theatre enjoyed during the period he ran it … His book isn’t gossipy, but it is revealing.

Revelatory … full of anecdotes about the terrifying art of bringing a play alive, and full of insight about the sheer daredevil tightrope act that running the National Theatre involves … A vital reminder both of what theatre can do – and what is at stake if we take it for granted.

Hytner's recollections are full of such amusing insights... Hytner has produced a rare thing: an absorbing memoir by a director-turned-arts-administrator... The insouciance of Balancing Acts is magic dust, sprinkled by a master Oberon.

Balancing Acts is a book with many insights and anecdotes, but if it has an overarching theme, it is that theatre is an art that should engage as wide a public as possible… From October, he will take all he has learnt and apply it to the running of the Bridge Theatre… Expect brief, brilliant fireworks – and a great second volume of memoirs.

Several times in Balancing Acts, [Hytner] makes it clear that he enjoyed a job he ends up saying he will miss. And his tenure was undoubtedly a success… One of Hytner's appealing qualities is humility, meaning he is often critical of himself... Hytner brings alive the pressures and rewards of running that concrete Oz on the South Bank and giving us brisk pen-portraits of actors… Hytner took his job seriously... He eschewed solemnity. He wanted fun… Perhaps the most balanced element of Balancing Acts is Hytner himself.

Hytner is, he says, never happier than sitting at the edge of his own party. Well, this memoir is his party. He may keep to the fringe, but it’s quite a do, with a wonderful guest list… His revelatory interrogations of Hamlet and Othello and even Timon of Athens, in which he had a go at fatcats who fund the arts, should be circulated in schools... Hytner is a lucid and urbane stylist and a pithy sketch-writer… This debonair defence of theatre - subsidised or otherwise - and all who toil in her is a rare and succulent treat.

We are lucky… that people with Hytner’s intelligence, enlightenment and defiance operate on behalf of dressing up, showing off, treading the boards, despite official opposition… Hytner is also a first-class Shakespearean.

A good gander behind the curtain of the National Theatre… From Alan Bennett to Mike Leigh, Daniel Day Lewis to Michael Gambon and Helen Mirren – Hytner tells stories of directing some of the most celebrated actors of our time. Lunatic failures and spectacular successes – all are here.

This is extremely even-handed, but still pleasingly gossipy account of that time, from Harold Pinter calling him “a f***ing liar and a f***ing shit” to the time James Corden smacked Donald Trump on the bottom.

Sir Nicholas Hytner was arguably the best Artistic Director that the National Theatre has had in its 50-year history… Balancing Acts is a most enjoyable series of memoirs recalling the highs and lows of the period. For those like this reviewer who saw almost all of the theatre’s output, it recalls many happy memories… this is also a reminder of so many more high points across all three auditoria, building to both the Golden Jubilee celebrations and the refurbishment and reconfiguration of the venue… Along the way, readers will learn a great deal about the art of directing plays as well as running a big business and getting along with those sometimes very touchy arty types who inevitably end up making a director’s life hell sometimes just for the fun of it… Balancing Acts is simultaneously a highly informative portrait of a wonderful institution, a fitting tribute to a great man who did his job brilliantly and a really good read. It comes highly recommended.

Hytner takes us, fascinatingly and often wittily, through many of the plays he himself directed and he writes warmly of some of the actors who have become National Theatre “regulars” and personal friends… The book is a joyful reminder of the excitement of some of this work. If you missed some or all of these shows, then this is a chance to learn about some pretty iconic productions.

Balancing Acts is an apt title, conveying the books attunement to the fine calculations of leadership while also capturing the author’s personal and professional style, a coolly judicious manner that can look like suavity, discretion, or aloofness… Hytner is both an enthusiastic and a rethinker, nimble and smoothly articulate yet capable of delivering a gimlet-sharp judgement… His prose has the kind of crisp specificity one might expect of an exacting civil servant… A memoir of this kind will tend to feel like an envoi. But this one resembles an advertisement. It presents a blueprint for artistic directors.

Hytner’s book is the ultimate insider’s view… Hytner gives his readers an access-all-areas pass to the meetings, lunches, crises and rehearsals that propel a play to the stage… His talent as a memoirist is that he can be funny without being frivolous, revealing about his actors without being indiscreet, and high-minded without ever being pompous, all of which is itself an impressive high-wire balancing act.

Engaging… Hytner proves an erudite chronicler of his notable successes, while not being afraid to acknowledge some of the more egregious failures on his watch. A must-read for anyone interested in theatre.