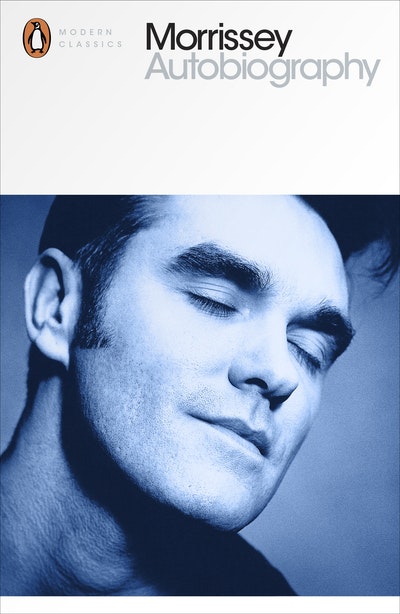 Steven Patrick Morrissey was born in Manchester on May 22nd 1959. Singer-songwriter and co-founder of the Smiths (1982-1987), Morrissey has been a solo artist for twenty-six years, during which time he has had three number 1 albums in England in three different decades.

Achieving eleven Top 10 albums (plus nine with the Smiths), his songs have been recorded by David Bowie, Nancy Sinatra, Marianne Faithfull, Chrissie Hynde, Thelma Houston, My Chemical Romance and Christy Moore, amongst others.

It has been said 'Most pop stars have to be dead before they reach the iconic status that Morrissey has reached in his lifetime.'

Steven Patrick Morrissey was born in Manchester on May 22nd 1959. Singer-songwriter and co-founder of the Smiths (1982-1987), Morrissey has been a solo artist for twenty-six years, during which time he has had three number 1 albums in England in three different decades. 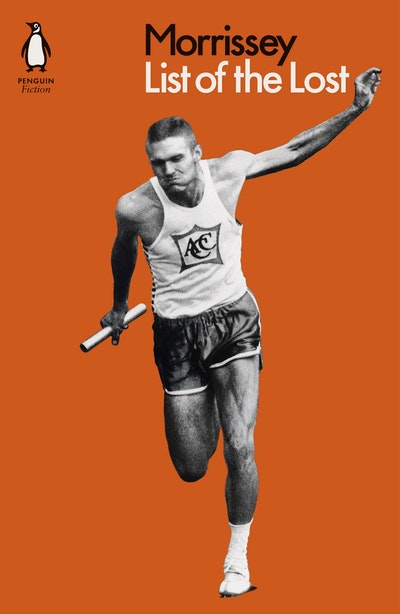 Five stars. With typical pretension, Morrissey's first book has been published as a Penguin Classic. It justifies such presentation with a beautifully measured prose style that combines a lilting, poetic turn of phrase and acute quality of observation, revelling in a kind of morbid glee at life's injustice with arch, understated humour ... It is recognisably the voice of the most distinctive British pop lyricist of his era

A brilliant and timely book ... What is so refreshing about Morrissey's Autobiography is its very messiness, its deliriously florid, overblown prose style, its unwillingness to kowtow to a culture of literary formula and commercial pigeon-holing ... Autobiography is a true baggy monster, a book in which a distinctive prose style is allowed to develop ... A rococo triumph ... Overwhelmingly this is a book to be thankful for ... In the ways that matter, Autobiography reads like a work of genuine literary class

If one is willing to accept that a Morrissey book could be a classic, then the book justifies its status remarkably early on. ... As a work of prose Autobiography is a triumph of the written word

Funnier than the Iliad ... A triumph

One of the autobiographies of this or any year ... A wonderfully entertaining read. He's as witty, acerbic and opinionated as you'd expect, but there's a welcome self-awareness throughout that makes the dramatic flourishes and hyperbolic dismay all the more hilarious. He may have more flaws than Manchester's Arndale Centre but he's just brilliantly, uniquely Morrissey

Well, so far Morrissey's book is an absolute masterpiece; no doubt the whole stinking country will hate it.

Carried along on quite extraordinary prose

The Best Music Biog Ever ... In the world of rock autobiographies, Morrissey's is nigh-on perfect

Practically every paragraph has a line or two that demands to be read aloud to the mirror, tattooed on foreheads, carved on tombstones

Morrissey is a pop star of unusual writing talent

Autobiography is a rich and substantial work, the figure emerging at its centre both compelling and complex. Those who know his music will be unsurprised by the qualities of Morrissey's prose, which is ornate, windswept, elusive yet never tricksy, and full of unexpected twists and thrusts. He writes with understanding (albeit often with a tout comprendre c'est rien pardonner caveat) and is most of all straightforwardly moving; never more so than when writing about his childhood

Autobiography doesn't disappoint. In its pages Morrissey manages to perform the neat trick of deconstructing his own myth while at the same time adding to it. Old scores are settled and anyone who ever crossed the singer is neatly decapitated herein by withering, barbed prose. Things could have gone very differently for Morrissey. He could have ended up cleaning canal banks or delivering the post for a living. Both of these outcomes would have left the world a far duller place. Autobiography is the man in his own words and, Morrissey being Morrissey, this means that we are presented with an account that is real and fantastic, unapologetically romantic and brutally honest. The die-hard fans have read the book already but for anyone with even a passing interest in what makes one of the most individual and unflinching voices in British pop music tick, Autobiography is essential