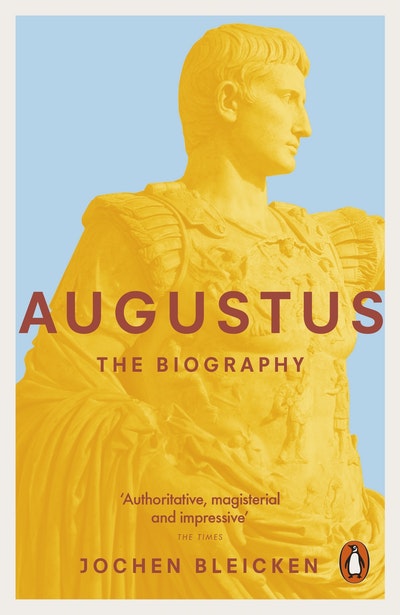 The great modern biography of Augustus, founder of the Roman Empire

The great modern biography of Augustus, founder of the Roman Empire
Born to a plebeian family in 63 BC, Octavian was a young solder training abroad when he heard news of Julius Caesar's brutal assassination - and discovered that he was the dictator's sole political heir. With the opportunism and instinct for propaganda that were to characterize his rule, Octavian rallied huge financial, military and political backing to eliminate his opponents, end the bloody turmoil that had so long wracked Rome and, finally, take autocratic control of a state devoted to republicanism. He became Augustus - Rome's first Emperor, and the founder of the greatest empire the world had ever seen.
In this monumental biography, translated into English for the first time by Anthea Bell, Jochen Bleicken tells the story of a man who found himself a demi-god in his own lifetime and paints a portrait of one of the most dramatic periods of Roman history.