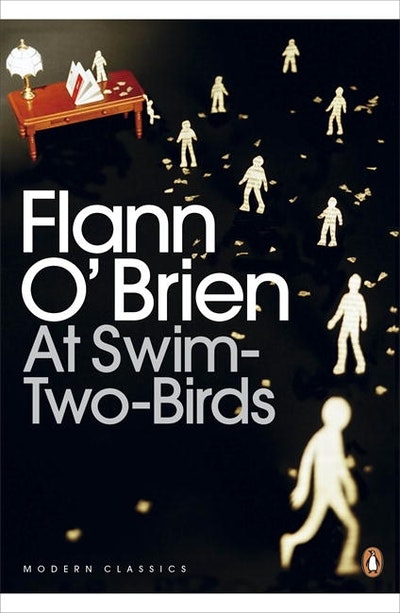 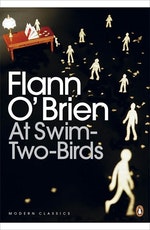 Flann O'Brien's innovative metafictional work, whose unruly characters strike out their own paths in life to the frustration of their author, At Swim-Two-Birds is a brilliant impressionistic jumble of ideas, mythology and nonsense published in Penguin Modern Classics.
Flann O'Brien's first novel tells the story of a young, indolent undergraduate, who lives with his curmudgeonly uncle in Dubin and spends far too much time drinking with his friends. When not drunk or in bed he likes to invent wild stories peoples with hilarious and unlikely characters - but somehow his creations won't do what he wants them to. A dazzling work of farce, satire, folklore and absurdity that gives full rein to its author's dancing intellect and Celtic wit, At Swim-Two-Birds is both a brilliant comic send-up of Irish literature and culture, and a portrayal of Dublin to compare with Joyce's Ulysses.
Brian Ó Nualláin, (1911-1966), better known by his pseudonym Flann O'Brien, was born in Strabane, County Tyrone, and studied at University College Dublin before joining the Irish Civil Service.
Ifyou enjoyed At Swim-Two-Birds, you might like Vladimir Nabokov's Pale Fire, also available in Penguin Modern Classics.
'This is just the book to give your sister if she's a loud, dirty, boozy girl'
Dylan Thomas
'That's a real writer, with the true comic spirit'
James Joyce, author of Ulysses
'A brilliant, beer-soaked miniature masterpiece'
Time

Brian O'Nolan (Irish: Brian Ó Núalláin) (October 5, 1911 - April 1, 1966) was a twentieth century Irish novelist and satirist, best known for his novels An Béal Bocht, At Swim-Two-Birds and The Third Policeman written under the nom de plume Flann O'Brien. He also wrote many satirical columns in the Irish Times under the name Myles na gCopaleen.

INTRODUCER BIOGRAPHY:
Novelist and journalist Keith Donohue is the author of The Stolen Child and The Irish Anatomist: A Study of Flann O'Brien. 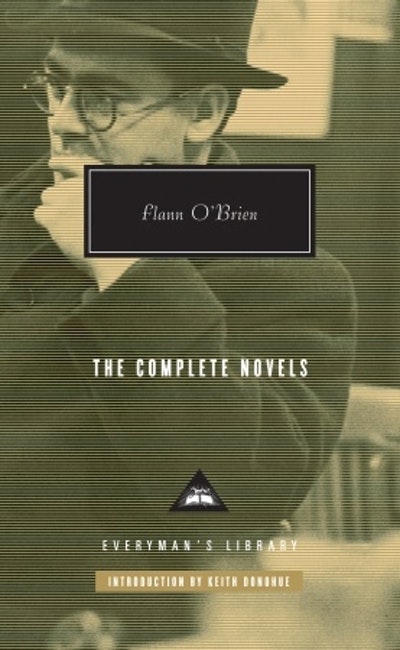