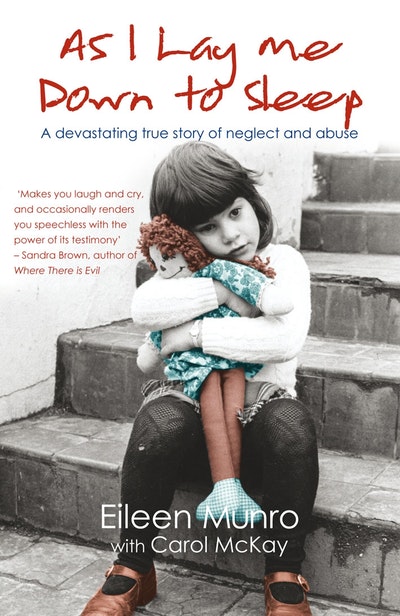 As I Lay Me Down to Sleep

A devastating true story of neglect and abuse

When Eileen Munro's mother became pregnant at 16, she was told to give her baby away to a 'good family', but the couple who paid the fee at the Salvation Army mother-and-baby home in Glasgow in 1963 turned out to be alcoholics who neglected and physically abused Eileen. Then, when their marriage broke down, they failed to protect her from sexual abuse at the hands of a family friend.

After watching her adoptive mother drown on inhaled vomit, Eileen and her younger sister were taken into care, but her nightmare was to continue as she was subjected to further physical, sexual and emotional abuse.

At the age of only seventeen, seven months into a secret pregnancy, she decided that the only way out was through a bottle of painkillers; when she survived and gave birth to a beautiful baby boy, he became her lifeline.

Eileen Munro is a trained photographer and a committed campaigner, publicist and feature writer for the UK brain-injury charity Headway. She has addressed a cross-party committee of the Scottish Parliament investigating the extent of child sexual abuse in Scotland.

Eileen Munro is a trained photographer and a committed campaigner, publicist and feature writer for the UK brain injury charity Headway. She has addressed a cross-party committee of the Scottish Parliament investigating the extent of child sexual abuse in Scotland. She lives in South Lanarkshire and is currently studying creative writing through Open University.

Carol McKay teaches creative writing with the Open University and her fiction has appeared in literary magazines, including Chapman and Mslexia. In 2002, she was a finalist in the prestigious Macallan/Scotland on Sunday Short Story Competition and in 2007 an extract from her work-in-progress novel was shortlisted in the Daily Telegraph Novel in a Year competition.