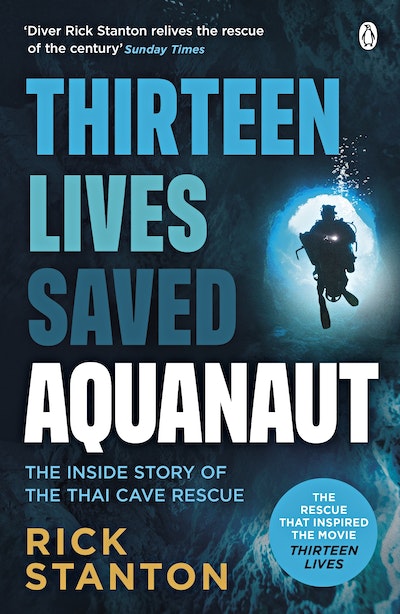 Watched by the world with bated breath, read the enthralling autobiography of cave-diver Rick Stanton, who played a leading role in the Thai cave rescue in 2018

In July 2018, twelve boys and their soccer coach disappeared into a cave in Thailand.

Trapped beneath the earth, with floodwater rising rapidly, time was running out...

Survival rested on Rick Stanton, a Midlands firefighter who knows caves better than anyone in the world.

The Thai Cave Rescue was the culmination of Rick's 40-year career in caving. In a mission that held the entire world in its thrall, Rick and his team brought all thirteen to safety.

The memoir of a true hero, Aquanaut is an unforgettable story of courage and survival in the most hostile, remote environments on earth.

Diver Rick Stanton relives the rescue of the century

As the world held its breath, the men and their team achieved the impossible. This is their riveting, behind-the-scenes story. Captivating

You probably won't read a better-written book about diving this year . . . Funny and relentlessly self-deprecating. I read this at two sittings