A Life of Anny Thackeray Ritchie The first full account of a key literary life - linking Thackeray with Virginia Woolf - and of the late Victorian cultural world.

Based on new and original research, this is an enchanting and evocative memoir of Anne Thackeray Ritchie, daughter of the author of Vanity Fair and step-aunt of Virginia Woolf (who used her as the model for Mrs Hilbery in Night and Day). Anny was a fine writer, and her novels and memoirs were much praised, but she was loved even more for her muddled ways and great sympathy for others.
At the book's heart are two interwoven stories. The first is Anny's own inner life: her near-obsession with her father, William Makepeace Thackeray, her escape into writing, and her startling marriage to Richmond Ritchie, seventeen years her junior, her second-cousin and her godson. The second, tragic, strand is the tale of her sister Minny's passionate marriage to Leslie Stephen, the brilliant, mountain-climbing don, and of his second wife, the beautiful Julia Jackson, mother of Vanessa Bell and Virginia Woolf. The story has never been told in detail before, and it reveals a totally unknown picture of Leslie – a happy, energetic man – instead of the famously moody and intemperate figure he became after Minny's death.
The book also paints the world of Anny's intricate web of relations and friends – children's parties with the Dickens family, holidays with Julia Margaret Cameron and the Tennysons on the Isle of Wight, a dash to help a spinster cousin in Paris during the siege of 1870, intimate scenes with Browning in Rome and Ruskin on Lake Coniston. As we enter Anny's world, all these great characters appear in an unusual, more personal light. Meticulously researched, this intimate story draws not only on a wealth of letters, journals, hitherto unpublished sketches and photographs, but also on family legends passed down to the author through four generations. Illuminating, comic and touching, ANNY reads like a novel, presenting a unique portrait of the rich literary world that formed the bridge between the Victorians and Bloomsbury.

Henrietta Garnett is the daughter of Angelica Garnett, granddaughter of the artists Vanessa Bell and Duncan Grant, and daughter-in-law of the diarist Frances Partridge. She is the author of Anny: The Life of Anny Thackeray Ritchie.

“'Writing about themselves has always been a forte of the dynastically intertwined Thackerays, Stephens and Woolfs. Henrietta Garnett's book is a valuable addition to that corpus of elegant self-regard.'”

“'An engaging portrait of Anny, together with a very spiritual, and unexpectedly funny, account of her mid-to-late Victorian world.'”

“'Henrietta Garnett is the great-granddaughter of Leslie Stephen, and her book about Anny reads like an intimate family history. Pen sketches from the letters of Anny, Minny, their father and Leslie Stephen pepper the text, enhancing the sense that you are rummaging through a box of family papers searching for the truth about a favourite great-aunt.'”

“'Anny Ritchie was such an engaging character that it is for herself, as much as for her connections to more famous writers, that she is to be valued.'”

“'It is one of the many pleasures of this original biography that it makes Anny matter without trying to persuade us that hers is an unjustly neglected talent...An enchanting book.'”

“'An intensely sympathetic and well-researched portrait of Anny, the circles in which she moved and the mental world in which her novels took root.'”

“'Descended from the family network, Henrietta Garnett is a sympathetic chronicler who engagingly conjures Anny's character in a breathless narrative.'” 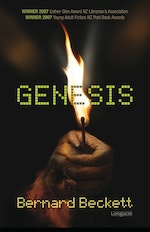