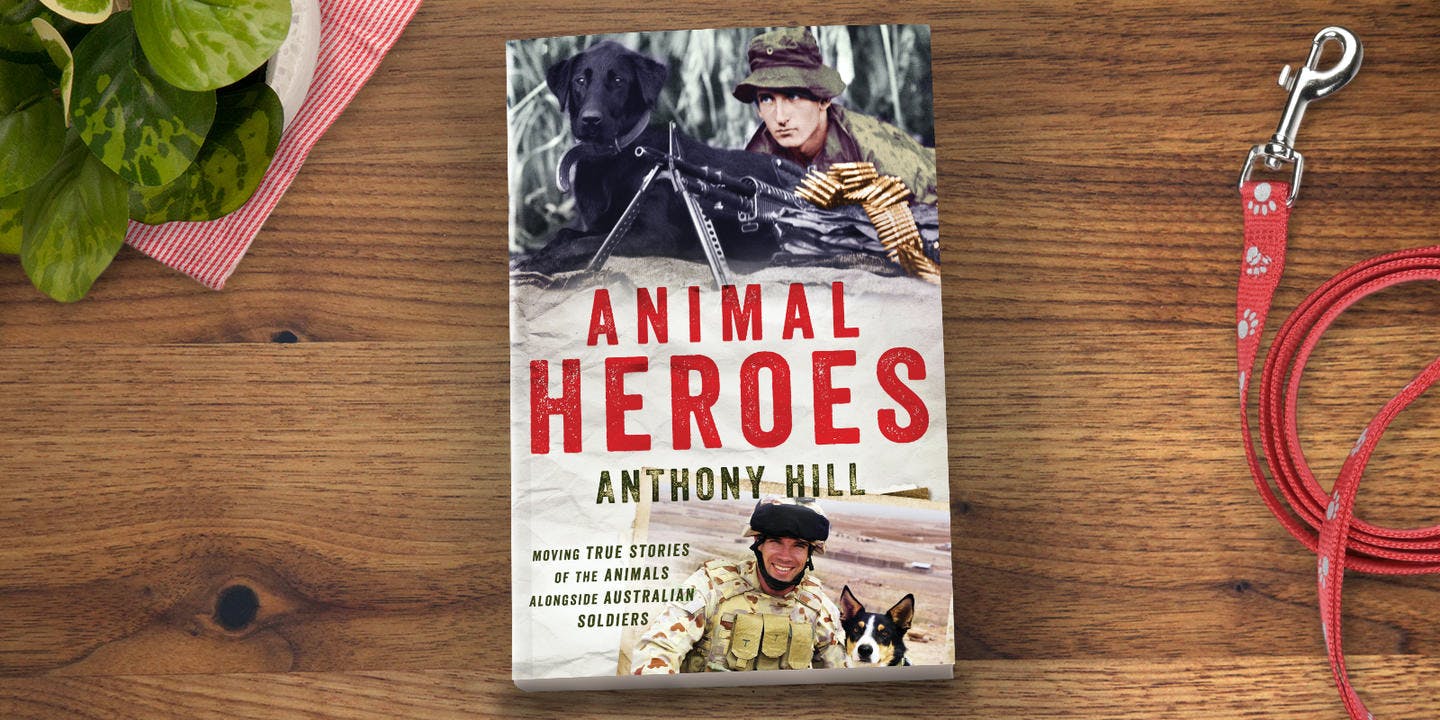 In Animal Heroes Anthony Hill celebrates the animals that have served alongside Australian soldiers. From dogs to donkeys, horses to birds – even a saltwater crocodile affectionately known as ‘Snappa’ – Hill pays tribute to the remarkable creatures that have created their own stories of bravery and sacrifice to exist alongside those of their fellow human servicemen and women.

‘Very often there are powerful bonds between the forces and their animals. Of suffering, survival, and salvation,’ Hill writes in the book’s introduction. ‘Not all the animals were heroes in a conven­tional military sense, winning medals for valiant deeds. But they all faced the dangers of a battlefield – or were ready, and tried to do so. And to those who love them, every soldier is a hero.’

Straight from the pages of Animal Heroes, here Hill details the contribution made by a most improbable animal ally – a dolphin named Makai.

Within the range of their abilities, the highly intelligent marine mammals are very good at what they do. They’ve been part of the US defence program for more than fifty years, and have given a whole new dimension to the idea of animals in war. Dolphins are used to mark suspected mines. Sea lions are trained to put electronic tags on enemy divers. Pilot whales and belugas help recover dummy torpedoes from the ocean depths.

Of course, marine creatures can’t distinguish between friendly humans and enemies. What they do is alert their handlers to the presence of a potential target. It’s up to the handlers to decide what to do next.

So it was with Makai at the port of Umm Qasr.

Makai fixed the spot in his memory and swam back to the sur­face. He rose near the rubber raft where his handler awaited him, the dolphin’s head lifting clear of the water.

The man took the specially designed marker device and fitted it over the end of Makai’s long nose. It was made out of yellow plastic, and looked a bit like a gas mask or one of those chewy things that big dogs like. In fact, the marker was sometimes called a ‘dog bone’.

Makai dived again. Down, down, down, swimming powerfully through the murky current.

The dolphin quickly manoeuvred himself and dived to the sea floor, where he placed the device in the mud and sand next to the possible mine. Then, with a strong, twisting movement, he with­drew from the section attached to his nose. The buoy broke free and floated to the surface attached to a line.

Later, a human diver would know exactly where to go to deter­mine if the object was a mine and, if so, disarm it. Of the hundred objects inspected in the water at Umm Qasr, four turned out to be live mines. Many other mines were found ashore in storage.

As for Makai, he swam back to the surface and bobbed up beside the raft where his handler was waiting. Mission accomplished.

He received his fish as a reward. As with every animal trained to perform, it’s all a game. The reward is everything.