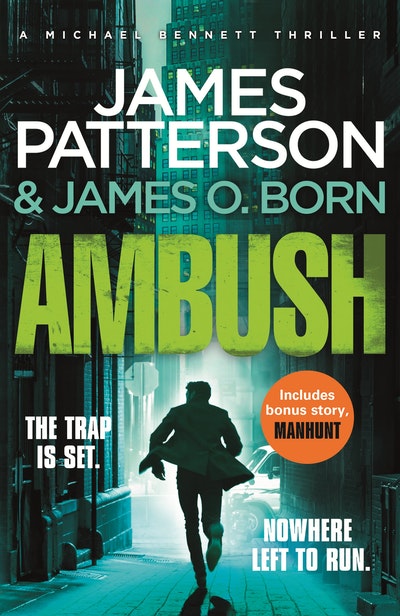 I watched the eight-story apartment building on 161st, about half a block from Melrose Avenue. Nothing special about it. Old window air-conditioning units dotted the facade, but the place had a certain charm. Of course, over years of surveillance in unsavory neighborhoods of New York City, I’ve learned to adjust my expectations.

My partner, Antrole Martens, and I were sitting in his Crown Victoria. By tradition, the most beat-up car in our homicide unit went to the rookie on the squad. Despite its faint odor of vomit, Martens had handled the assignment of the shitty car with grace in his six years with the NYPD. He understood he had to earn his place in the unit, but there was no doubt he was on his way up. I thought he was exactly the kind of cop we needed in a command position.

I wanted this arrest to go well for him. I could still remember my first arrest in Homicide. A pimp named Hermine Paschual. He’d stabbed a john who’d argued about the price. At the time, I thought I was changing the world.

Now it was my job to make sure things went right. I said, “How sure are you about this tip?”

He smiled. “Sure enough to drag your ass out here with me.”

“Let your kids get a little older and life get a little busier, and we’ll see how serious you take anonymous tips.”

“Imagine what it does to me.” Just then, my phone rang, and I looked down to see that it was my oldest girl, Juliana. I always answered the phone the same way when one of my daughters called.

There was no teenage disdain today. She was excited about something.

“I’ve got big news. But I have to tell you in person.”

“How about at dinner tonight?” I smiled when I heard her giggle. She was not a giggler by nature, so this had to be something good. Harvard flashed in my brain. Although I would’ve preferred Columbia, a few blocks from our apartment on the Upper West Side.

Juliana said, “I can’t wait. I’ll tell the whole family at once. I gotta go. Bye, Dad. Love you.”

Before I could even say “Love you” back, the connection was dead.

Antrole deadpanned, “Can we squeeze some police work in now? After all, this tip was called in to you. I just happened to answer the phone at your desk.”

“Let’s call Alice and Chuck to come with us. Maybe Harry, too.”

Antrole said, “Why the party? We can grab this dope ourselves. We get all the glory, and it’ll be easier to talk to him.”

“And we’re NYPD detectives. I thought in the old days you guys used to make arrests by yourselves.”

“Yeah. We also used to get shot more frequently.”

“Am I going to have to shame you into coming with me? Besides, if we have a few minutes alone with this guy, who knows what he’ll tell us?”

“I hate it when rookies make sense. Let’s go.” His excitement was contagious.

Everyone out in the neighborhood made us for cops as soon as we started walking down the sidewalk. It wasn’t as if we were working undercover, but a young black guy in a sharp suit and an older white guy wearing a sport coat to cover his gun—we could’ve been in uniform and not been any more obvious.

Our suspect had shot a customer who stiffed him on a bag of heroin in front of a grocery store in Midtown with plenty of witnesses. A poor business plan all around.

The tip said the suspect was in apartment 416. I didn’t trust the elevator to make it up all four floors without some sort of issue, so despite Antrole’s objections, we took the stairs. It gave me a minute to talk to my headstrong partner.

I said, “Nothing fancy. We knock and hope he answers. Maybe we try the door to see if it’s locked. Otherwise we come up with another plan that may or may not involve the SWAT team. Got it?”

At each landing, I took a moment to get a feel for the surroundings. Antrole probably thought I needed to catch my breath, but this climb was nothing compared to the basketball games I played with my kids. I took it slow because every apartment building has its own aura. Sometimes it’s because of the tenants, and sometimes it’s because of the area. Either could kill you if you weren’t careful.

On the fourth landing, I said, “You ready for this? It doesn’t matter what happens—you’ve done a good job getting us this far. Now we have to use our heads.”

“You don’t have to talk to me like I’m some kid out of the academy. I have four years’ patrol experience and two years in the detective bureau. I’m only new to Homicide. Homicide detectives are not the only ones who make arrests.”

“I don’t have to talk to you like that, but I enjoy it. That’s one of the advantages of being senior.”

I appreciated the smile that spread across Antrole’s face. Feeling out a new partner is always an ongoing process, but this guy was all right.

He said, “This suspect might be the key to some of the unsolved homicides connected to the heroin dealers up this way.”

“Could be.” Antrole was looking at the big picture—rare with new homicide detectives. He showed a ton of promise.

The fourth-floor hallway was empty. That was always good. I paused at the stairwell and just listened to the sounds of the apartment building for almost a full minute. Nothing unusual. Latin music from one apartment. Someone talking loudly in another.

As we carefully made our way down the hallway, I heard a TV playing a daytime talk show in another apartment.

The cheap carpet was uneven over a wooden floor that broadcast sound. A wide set of windows at the end of the hallway took the edge off the gloomy vibe of the building.

Then we found ourselves in front of apartment 416. Antrole slipped to the other side of the door and drew his Glock service weapon. I pulled my pistol, too, though I thought it was a little premature.

We listened at the door, and I put my hand against it to see if I could feel any vibration. Unexpectedly, it pushed open a few inches.

I looked to Antrole, who angled his head to see into the apartment.

That was odd. Drug dealers in this neighborhood rarely left their doors unbolted, let alone open. It was nice to catch a break once in a while.

From my angle, I could see the suspect we were looking for sitting on a couch under a wide, dirty window. His head leaned back on the rear of the couch. He wasn’t moving. I motioned to Antrole that I saw someone inside.

The young detective nodded and turned before I could tell him to wait.

A shadow passed the open door, and I heard someone inside. It was a single word. Some kind of command. I wasn’t even sure what language it was. But the subsequent gunfire was unmistakable.

The door appeared to explode, and Antrole jumped to the other side of the doorway, his gun up.

I crouched quickly and fired a couple of rounds into the apartment. I didn’t see a target—it was just to keep the shooters behind cover. We had to move and move quickly.

The gunfire didn’t slow down.

This was an ambush.

Alex realized she was barking at the model next to Chaz when he got too close. It was like having a Matt Groening character pop up in a Renoir.

The top of this building in the Morrisania neighborhood of the Bronx provided an interesting urban backdrop and conveniently put her in position for another assignment. Photographing nearly naked models was fun, but it didn’t pay the bills.

This wasn’t a coincidence. Alex had planned the photo session to the last detail, including the location. Just as she did everything else.

She checked her watch. They’d been at it for more than two hours, but she could wrap it up just about any time she wanted. That was the advantage of being prepared: you usually got the shots you needed quickly.

Then she heard it. A couple of pops, seeming to come from the next block.

The models craned their necks, looked over the side of the building in the direction of the sound. She could look down on 161st Street and see the front of the building the gunfire was coming from.

She turned away from her crew as a smile crept onto her face. It was even more gunfire than she’d anticipated. Michael Bennett had been executed.

In the eleventh thrilling novel in the bestselling series by James Patterson, NYPD detective Michael Bennett is stuck between two cartels in a desperate, bloody struggle for territory. 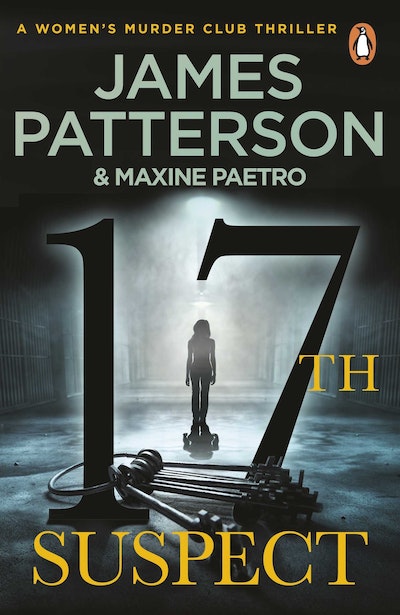 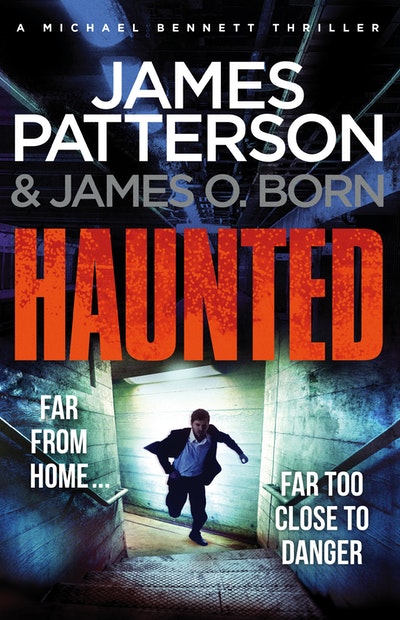 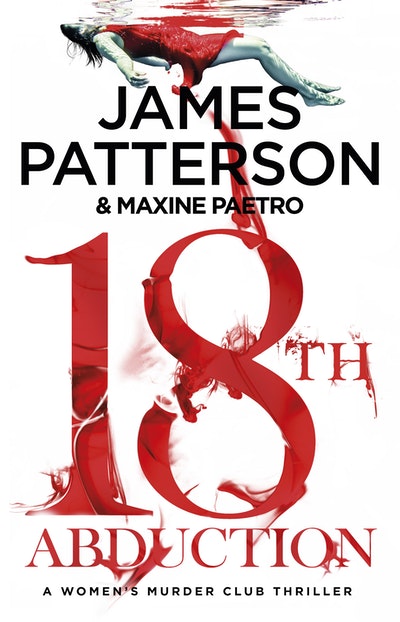