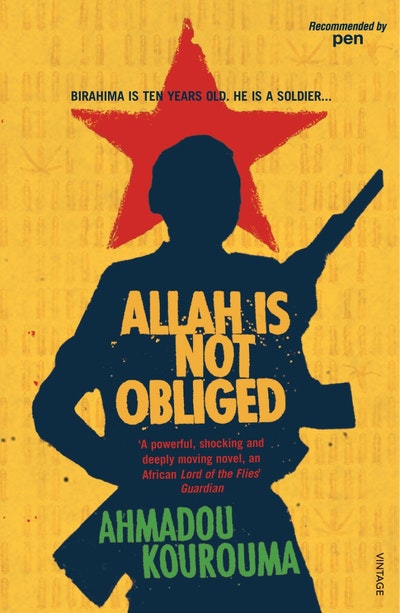 Allah Is Not Obliged

An extraordinarily powerful and affecting novel of Africa's child-soldiers, by French Africa's pre-eminent novelist. In the tradition of CITY OF GOD.

Birahima is ten years old. He lives in the Ivory Coast. He is a soldier.In Ahmadou Kourouma's extraordinary novel, Birahima tells his story. At the age of ten his mother dies, and Birahima leaves his native village, accompanied by the sorcerer/crook Yacouba, to search for his aunt Mahan. Crossing the border into Liberia, they are seized by a rebel force and press-ganged into military service. Birahima is given a Kalashnikov, minimal rations of food, a small supply of dope and a tiny wage. Fighting in a totally chaotic civil war, and alongside many other boys, some no older than he, Birahima sees death, torture, amputation and madness, but somehow manages to retain his own sanity…Ahmadou Kourouma's masterpiece is powerful, terrible and frequently bitterly and blackly funny.

Ahmadou Kourouma was born in the Ivory Coast in 1927. Hailed as one of the leading African writers in French, he died in 2003. 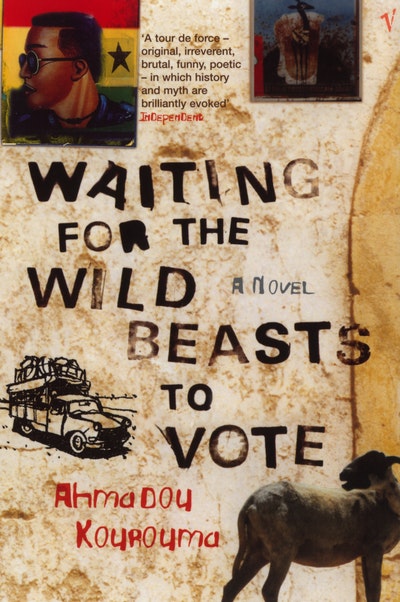 Praise for Allah Is Not Obliged

it is a powerful, shocking and deeply moving novel, an African Lord of the Flies...Through Kourouma's skilful telling, the characters live on the page

Melding fiction and fact with the humility of childhood, Ahmadou Kourouma deftly exposes the desperate nature of the civil wars - and the relentless poverty - that have ravaged Africa, and brings the grandeur of gestures such as the G8 pledges into uncomfortably sharp relief

A work of luminous humanity