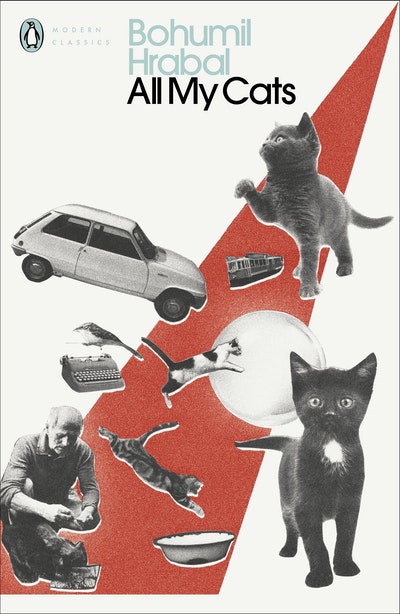 In the autumn of 1965, flush with the unexpected success of his first published books, the Czech writer Bohumil Hrabal bought a weekend cottage in Kersko, about an hour's drive east of Prague. From then until his death in 1997, he divided his time between Prague and Kersko, where he wrote and tended to a community of cats. Over the years, his relationship with them grew deeper, becoming a measure of the pressures, both private and public, that impinged on his life as a writer.

All My Cats, written in 1983 after a serious car accident, is the chronicle of a cat lover who becomes overwhelmed by his cats and his life and is driven to the brink of madness by the dilemmas his indulgent love for the animals has created.