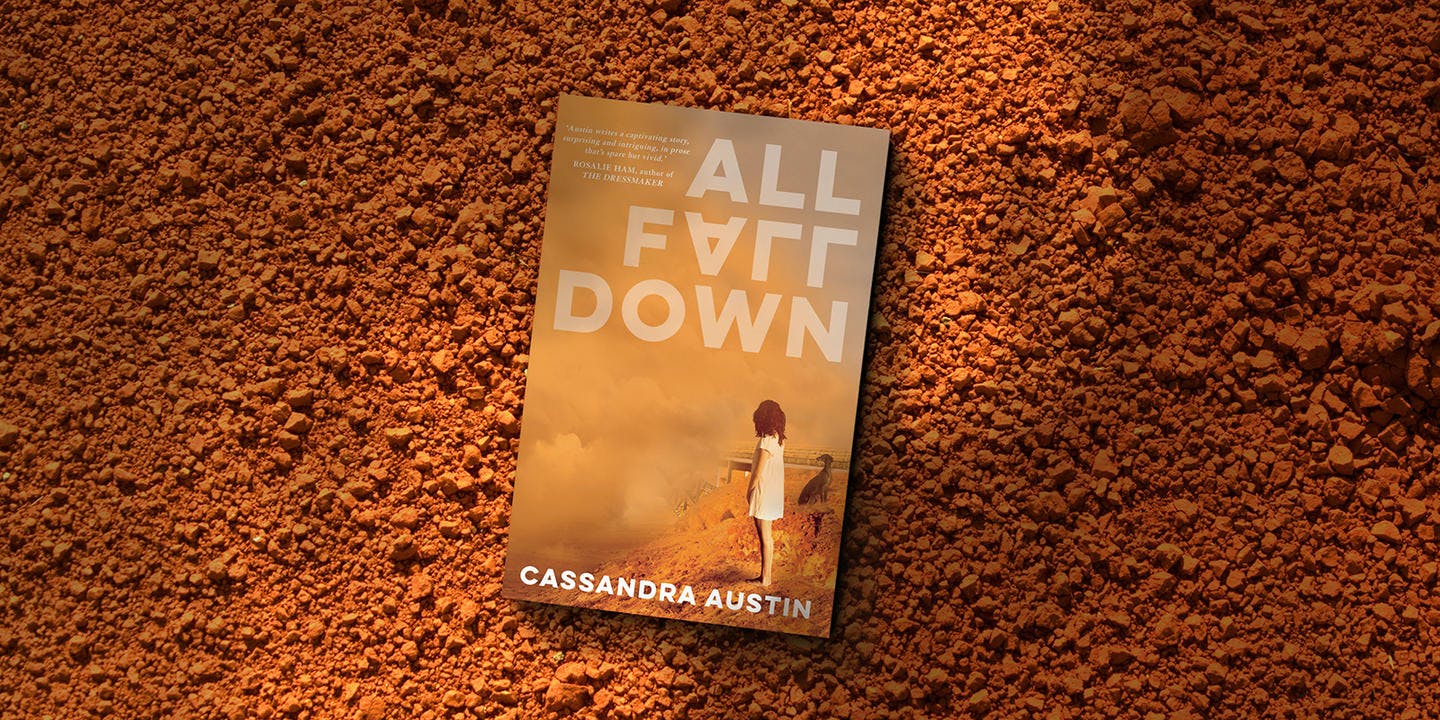 Cassandra Austin kicks up Australian dust in her novel All Fall Down.

My book All Fall Down has been referred to as Australian Gothic. I’m no expert, but for me the ‘gothic’ very simply means stories and art that deals with ‘what haunts us’. So what then makes my work Australian gothic?

My husband and I have an ongoing argument about which of our countries is scarier: Australia or America. I think he is mad, of course. Americans and their guns are far scarier than the blue-ringed octopi or venomous platypi that Australia has to offer. Toddlers killing siblings with guns procured from their mothers’ purses: that is the substance of the American nightmare.

But then my husband goes beyond the shark attacks and the 20 minutes-and-you’re-dead snakebites and argues that it is the very land beneath the feet, this glowering, cracking, twitching land that truly haunts Australians. And I can’t disagree. In our ‘gothic’ literature the bush, the drought, the inhospitable desert, the land itself is the monster.

We can’t admit this, of course. We make fun of tourists who can’t hack the bizarre creatures, or put in the hard yakka of a day’s bush work. We love our sunburnt country. But it doesn’t take much scratching of the surface to see a more ambivalent relationship; it’s just that we’re often in denial about it.

In 1980, despite park ranger testimony to the contrary, we demonised Lindy Chamberlain because we simply couldn’t believe that wild dogs, savage dingoes, could reach into civilisation and rip out an infant. It was literally beyond our comprehension. The evil had to be human; not something else, something more out of our control.

The inability to properly see Australia began with those early landscape painters like Nicholas Chevalier who was so confounded by the messiness and tangle of the bush that he painted in the European flora he already knew. And we’ve not only insisted that we can see what isn’t there, we’ve also insisted that what is not there, is: the myth about a great inland sea was so pervasive it took hold of various convict populations resulting in massive desertion and death, and the upper classes sent more and more disastrous expeditions into the ‘dead heart’ to find it, to no avail.

Around 85% of us live along the coast, our backs to that vast interior, avoiding it, and when we can’t do that we try to control it by giving places and streets Indigenous Australian names that we’ve forgotten the meaning of or don’t understand. Certainly we don’t understand the consciousness behind them. And that barely touches on the great haunting that we repress most of all; our original sin, the dreaded thought that our very (white) presence here is itself some vast crime against those who were here before us.

In All Fall Down, teenaged Rachel has been banished from the city to the tiny mining town of Mululuk, and she finds there what I have found as far away as America – that the red dust of the Outback is not easy to escape or repress. It will:

And should we immediately reach to defend against this thought by denouncing it as hyperbole, we only need to look to last year when a thunderstorm carrying pollen and dust from the pasturelands swept into Melbourne, hospitalising over 8,500 people and killing eight via asthma attacks.

The dust will come with us. The heaving shadow of this land and all we’ve done to it and to its first inhabitants are our national blindspot. And the way you cope with blindspots is the adroit placement of mirrors.

Our gothic literature then provides us with some of our very best mirrors. From Marcus Clarke’s tortured prisoner to Barbara Baynton’s hardworking but ultimately silenced bushwoman, from Sidney Nolan’s confronting portraits of Ned Kelly to Joan Lindsay’s eerie schoolgirl bewitching, from Kenneth Cook’s wretched school teacher to Thomas Keneally’s vengeful blackfella, from Patrick White’s lost explorer to the dust-destroyed teenager in my own modest contribution, we have plenty of mirrors. And even if they are mostly rear-vision mirrors, giving us only hindsight, at least they all come marked with that same particular warning: objects in the mirror are closer than they appear. 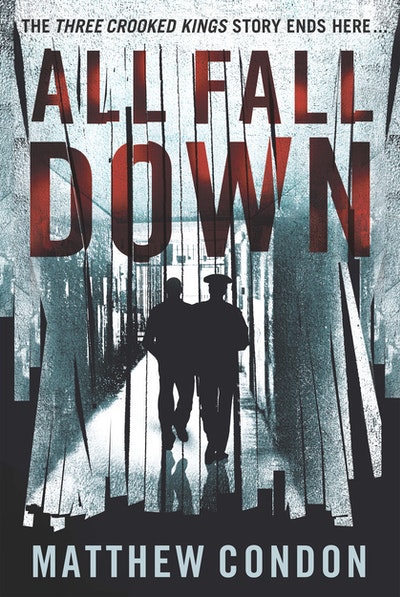 All Fall Down Matthew Condon

The gripping finale to Three Crooked Kings and Jacks and Jokers brings to a close Matthew Condon's best-selling true-crime trilogy.