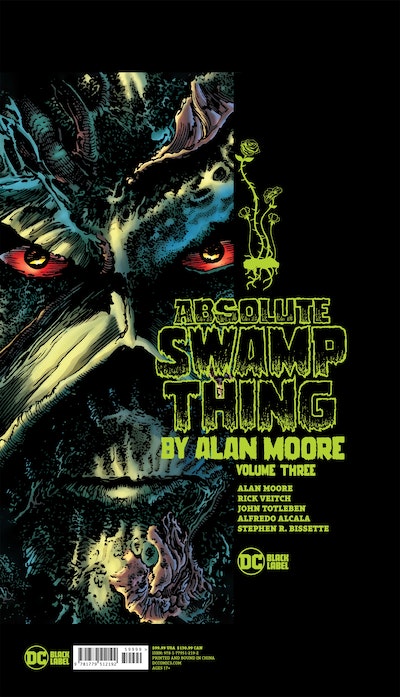 Before the groundbreaking graphic novel Watchmen, Alan Moore made his debut in the U.S. comic book industry with the revitalization of the horror comic book Swamp Thing. His deconstruction of the classic monster stretched the creative boundaries of the medium and became one of the most spectacular series in comic book history.

With modern-day issues explored against a backdrop of horror, Swamp Thing's stories became commentaries on environmental, political and social issues, unflinching in their relevance. Includes the story The Anatomy Lesson, a haunting origin story that reshapes Swamp Thing mythology with terrifying revelations that begin a journey of discovery and adventure that will take him across the stars and beyond. Author Alan Moore and illustrators Stephen Bissette, John Totleben, Rick Veitch, Shawn McManus, Ron Randall and Dan Day join together to rise from the swamps in slipcased hardcover edition, Absolute Swamp Thing by Alan Moore Vol. 3. This collects Saga of the Swamp Thing #51-64 and DC Comics Presents #85. 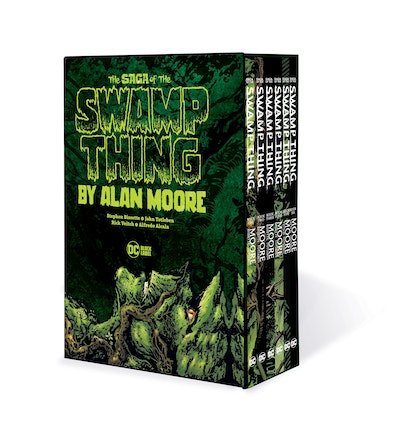