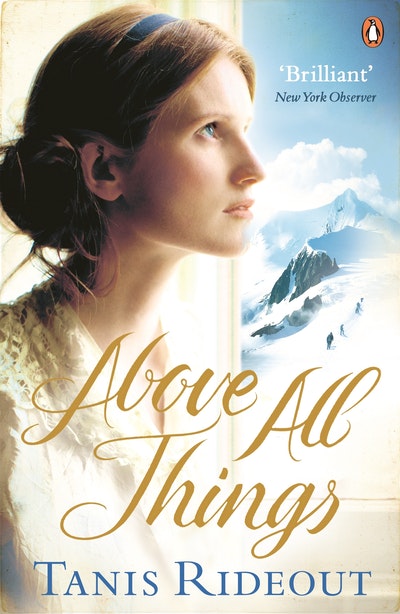 1924, England, a country still reeling from the devastating events of World War I.Celebrated hero and explorer George Mallory remains a symbol of England's lost empire, a figurehead for Britain's glory.George and his team set out for their third attempt to reach the summit of Everest, desperate to conquer the mountain but destined to perish.

They struggle to endure the unrelenting Himalaya: faced with immense danger from accidents, avalanches and the daring risks they take to survive, they are pushed to the limits of human endurance.Their story is one of astonishing bravery and inspiring camaraderie.

All the while, George's devoted wife Ruth, all but hidden from the pages of history, waits for him alone, desperate for news, praying that he is safe.She tells of the private Mallory and their marriage, defined as much by absence as by great love.

Brilliantly weaving George's and Ruth's perspectives, from his struggles on the desolate mountain, to her anxious wait at home, and skilfully combining historical fact and imaginative fiction, Above All Things is a powerful and timeless novel of one courageous man's journey for honour and glory, and the heartache and loss of those left behind.