A Taste of Power

"I have all the guns and all the money. I can withstand challenge from without and from within. Am I right, Comrade?" So said Elaine Brown on becoming the first female leader of the Black Panther Party in 1974. By that time the group had grown from a small local outfit into a national revolutionary movement, described by FBI director J. Edgar Hoover as 'the greatest threat to the internal security of the country'.

Brown's gripping memoir charts her rise from an impoverished neighbourhood in Philadelphia, through a political awakening during a bohemian adolescence, and on to her time as a foot soldier for the Panthers and her ascent into its upper echelons. As an unfortgettable portrayal of Black girlhood in 1950s Philadelphia and the revolutionary experience in 1960s California, A Taste of Power is a seminal exploration of power, prejudice and the struggle for justice.

Elaine Brown is an American activist, writer, singer and former leader of the Black Panther Party. Born in 1943, Brown was raised in Philadelphia. She moved to Los Angeles to pursue a career in the music, and there became politicized as she further experienced the daily injustices of racism. She joined the Black Panther Party in 1968, and, in 1974, was appointed leader of the group - a role she held until 1977. She has since been intimately involved in campaigns for prison and education reform. 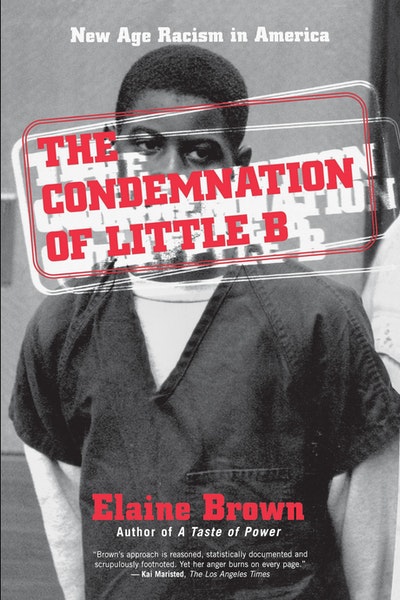 Praise for A Taste of Power

A Taste of Power is chilling, well-written, and profoundly entertaining

A stunning picture of a black woman's coming of age in America. Put it on the shelf beside The Autobiography of Malcolm X

Honest, funny, subjective, unsparing, and passionate ... A Taste of Power weaves autobiography and political history into a story that fascinates and illuminates

What Elaine Brown writes is so astonishing, at times it is even difficult to believe she survived it. And yet she did, bringing us that amazing light of the black woman's magical resilience, in the gloominess of our bitter despair