A Short History of Russia

An essential short history of Russia by acclaimed writer and expert Mark Galeotti, taking us from Ivan the Terrible and Catherine the Great, to the Russian Revolution, the fall of the USSR and the rise of Vladimir Putin

'Fascinating... One of the most astute political commentators on Putin and modern Russia' Financial Times
'An amazing achievement' Peter Frankopan

Can anyone truly understand Russia? Let one of the world's leading experts show you how, using the fascinating history of a nation to illuminate its future.

Russia is a country with no natural borders, no single ethnos, no true central identity. At the crossroads of Europe and Asia, it is everyone's 'other'. And yet it is one of the most powerful nations on earth, a master game-player on the global stage with a rich history of war and peace, poets and revolutionaries.

In this essential whistle-stop tour of the world's most complex nation, Mark Galeotti takes us behind the myths to the heart of the Russian story: from the formation of a nation to its early legends - including Ivan the Terrible and Catherine the Great - to the rise and fall of the Romanovs, the Russian Revolution, the Cold War, Chernobyl and the end of the Soviet Union - plus the rise of a politician named Vladimir Putin.

Professor Mark Galeotti is one of the foremost Russia-watchers today, who travels there regularly to teach, lecture, talk to his contacts, and generally watch the unfolding story of the Putin era. Based in London, he is Senior Non-Resident Fellow at the Institute of International Relations Prague, having previously headed its Centre for European Security, and was before then Professor of Global Affairs at NYU. A prolific author on Russia and security affairs, he frequently acts as consultant to various government, commercial and law-enforcement agencies. 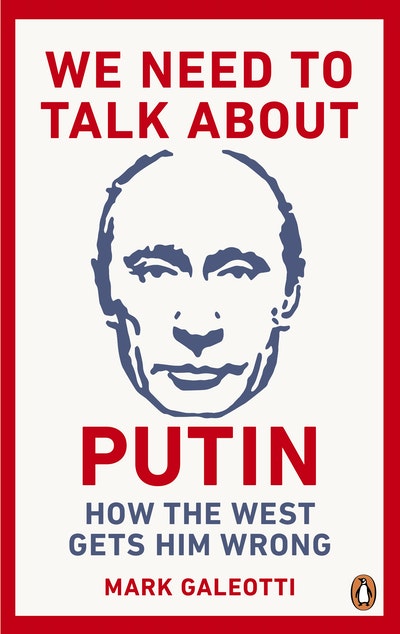 Praise for A Short History of Russia

Highly recommended, even if you are no novice when it comes to Russian history. Mark sets the golden standard for engaging prose, too.

An informative, perceptive and exhilarating canter through 1,000 tumultuous years

This is terrific - and an amazing achievement to cover so much ground in such a short and wonderfully readable book.