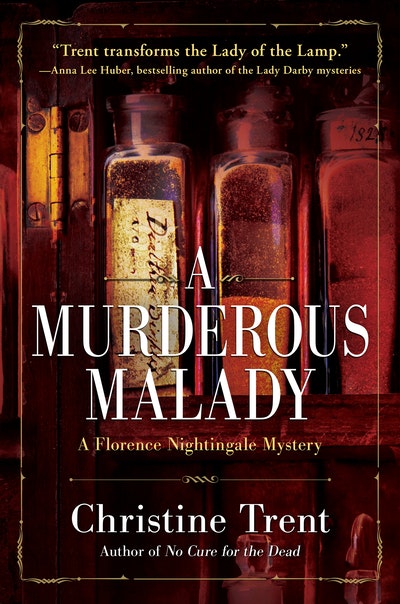 Cholera has broken out in London, but Florence Nightingale has bigger problems when people begin dying of a far more intentional cause—murder.

The London summer of 1854 is drawing to a close when a deadly outbreak of cholera grips the city. Florence Nightingale is back on the scene marshaling her nurses to help treat countless suffering patients at Middlesex Hospital as the disease tears through the Soho slums. But beyond the dangers of the disease, something even more evil is seeping through the ailing streets of London.

It begins with an attack on the carriage of Florence’s friend, Elizabeth Herbert, wife to Secretary at War Sidney Herbert. Florence survives, but her coachman does not. Within hours, Sidney’s valet stumbles into the hospital, mutters a few cryptic words about the attack, and promptly dies from cholera. Frantic that an assassin is stalking his wife, Sidney enlists Florence’s help, who accepts but has little to go on save for the valet’s last words and a curious set of dice in his jacket pocket. Soon, the suspects are piling up faster than cholera victims, as there seems to be no end to the number of people who bear a grudge against the Herbert household.

Now, Florence is in a race against time—not only to save the victims of a lethal disease, but to foil a murderer with a disturbingly sinister goal—in A Murderous Malady. 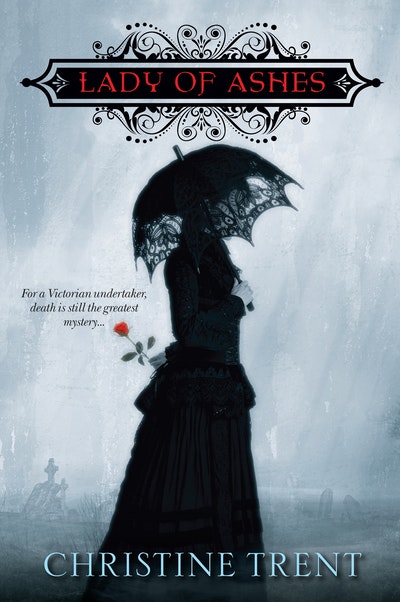 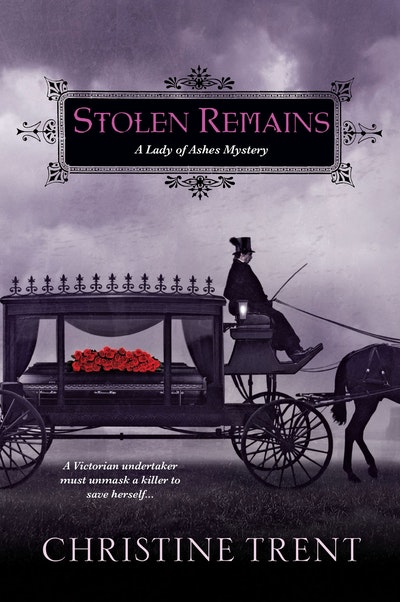 Praise for A Murderous Malady

Praise for A Murderous Malady: "Trent’s well-researched sequel to 2018’s No Cure for the Dead blends Victorian political and cultural mores with a tidy mystery…Readers will look forward to Florence’s next outing." —Publishers Weekly "Christine Trent has clearly done her research…I was both captivated and intrigued with the history and the mystery…Highly recommended!" —MyShelf Praise for No Cure for the Dead: "Skillfully blending the stories of actual people with fictional characters, including several from her ‘Lady of Ashes’ series, Trent weaves a serious tale with a sobering tone that will appeal to fans of Nancy Herriman’s British-born nurse." —Library Journal "A natural fit for fans of Ann Perry’s William Monk mysteries." —Booklist "Trent transforms the Lady of the Lamp, Florence Nightingale, into a natural and formidable sleuth. Filled with fascinating historical details, a cast of diverting characters, and a perplexing mystery, No Cure for the Dead is a riveting to start to this new series." —Anna Lee Huber, bestselling author of the Lady Darby mysteries "Mystery meets medicine in No Cure for the Dead, Christine Trent’s absorbing tale—a suspense-filled reimagining of the historic Florence Nightingale as a resolute sleuth, determined to keep both murderers and illness at bay. Weaving in authentic period details, Trent offers a fascinating glimpse into the grim world of nineteenth-century nursing, as well as the larger social conflicts of the day. Overall, an intriguing, well-crafted and satisfying read!" —Susanna Calkins, author of the award-winning Lucy Campion historical mysteries "The Lady with the Lamp proves herself to be no slouch as a sleuth in this historical mystery featuring nursing pioneer Florence Nightingale. The grislier aspects of murder—to say nothing of the only slightly less horrific details of 19th-century medical practice—are leavened with subtle humor, and sharp-eyed readers may spot characters from Ms. Trent’s earlier series featuring Victorian undertaker Violet Morgan." —Sheri Cobb South, author of the John Pickett mysteries "With the formidable Florence Nightingale as sleuth, Christine Trent has crafted a clever mystery rich with details of common medical practices, and which also lets us peek into the upper-class world of mid-19th century London. Great fun." —Nancy Herriman, author of the Bess Ellyott mysteries "An engrossing murder mystery set in a 19th century version of a nursing-home with a cast of characters who might have stepped out of a Dickens novel." —Rennie Airth, author of River of Darkness "Clever and complex, with many hanging threads that are ably clipped by Florence during the denouement. Trent is doing double duty here: telling a great story, and educating the reader." —Mystery Scene Magazine