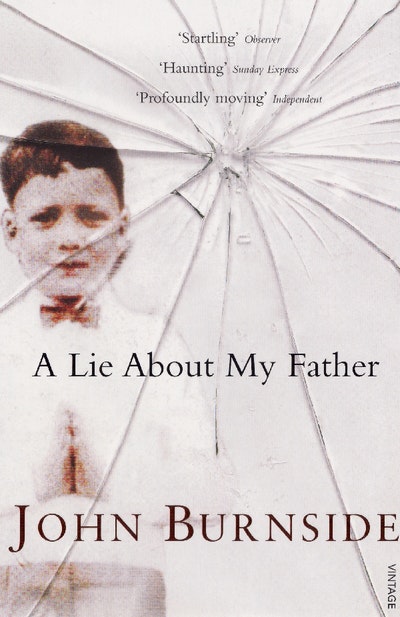 A Lie About My Father

A moving, unforgettable memoir of two lost men: a father and his child.

He had his final heart attack in the Silver Band Club in Corby, somewhere between the bar and the cigarette machine. A foundling; a fantasist; a morose, threatening drinker who was quick with his hands, he hadn't seen his son for years. John Burnside's extraordinary story of this failed relationship is a beautifully written evocation of a lost and damaged world of childhood and the constants of his father's world: men defined by the drink they could take and the pain they could stand, men shaped by their guilt and machismo.

A Lie About My Father is about forgiving but not forgetting, about examining the way men are made and how they fall apart, about understanding that in order to have a good son you must have a good father.

Praise for A Lie About My Father

This account of a failed father-son relationship is written with extraordinary beauty and insight... His is a profound meditation on the life of the spirit, and the shadows we all carry in our hearts

Anyone who has read Gosse, Ackerley or Tobias Wolff will know that big books can be made about small-time fathers. It's a tribute to Burnside that he maps this same territory and prompts these comparisons while creating a story that is uniquely his

Destined to become a classic of Scots childhood... A beautiful read, but also a brutal one

Superbly written; poetic in the best sense, summoning up a world of terror and beauty

Burnside's prose is a delight...Memoir this good illuminates something larger than itself. It is an exercise in understanding compassion and forgiveness