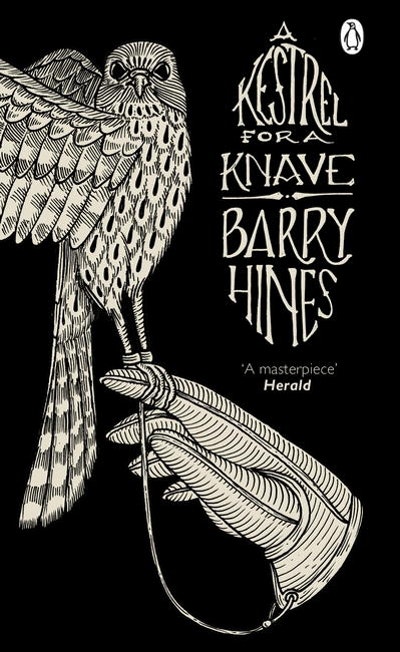 A Kestrel for a Knave

The powerful novel which inspired one of the most famous British films of the 60s, published as a Penguin Essential for the first time

Barry Hines's A Kestrel for a Knave was published in 1968, and was made into one of the key British films of the sixties. Billy Casper is beaten by his drunken brother, ignored by his mother and failing at school. He seems destined for a hard, miserable life down the pits, but for a brief time, he finds one pleasure in life: a wild kestrel that he has raised and tamed himself.

Barry Hines was born in the mining village of Hoyland Common, near Barnsley, South Yorkshire. He was educated at Ecclesfield Grammar School, where his main achievement was to be selected to play for the England Grammar schools' football team. On leaving school, he worked as an apprentice mining surveyor and played football for Barnsley (mainly in the A team), before entering Lougborough Training College to study Physical Education. He taught for several years in London and South Yorkshire before becoming a full-time writer. He is the author of nine novels, including A Kestrel for a Knave, The Blinder, Looks and Smiles, The Heart of It and Elvis Over England. Both A Kestrel for a Knave (as Kes) and Looks and Smiles have been filmed, the latter winning the Prize for Contemporary Cinema at the Cannes Film Festival. He has also written many scripts for television, including Threads, which won the BAFTA award and the Broadcasting Press Guild Award for the best single drama.

Barry Hines is a Fellow of the Royal Society of Literature and an Honorary Fellow of Sheffield Hallam University.