A Duty of Care

Britain Before and After Covid

The 'duty of care' which the state owes to its citizens is a phrase much used, but what has it actually meant in Britain historically? And what should it mean in the future, once the immediate Covid crisis has passed?

In A Duty of Care, Peter Hennessy divides post-war British history into BC (before covid) and AC (after covid). He looks back to Sir William Beveridge's classic identification of the 'five giants' against which society had to battle - want, disease, ignorance, squalor and idleness - and laid the foundations for the modern welfare state in his wartime report. He examines the steady assault on the giants by successive post-war governments and asks what the comparable giants are now. He lays out the 'road to 2045' with 'a new Beveridge' to build a consensus for post-covid Britain with the ambition and on the scale that was achieved by the first. 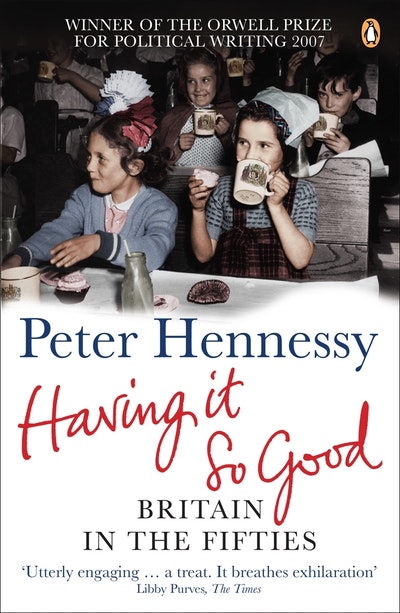 Praise for A Duty of Care

Peter Hennessy is a historian and a dreamer ... Here is the vision of a kinder Britain, shared by the creators of the welfare state in the first postwar years ... Hennessy's book is a recital of reflections upon a long and often brilliant career as a social and political observer ... He sees huge challenges ahead in social care, social housing, climate change, artificial intelligence, technical education and the fragility of the Union, which present policies are quite inadequate to address. ... At the heart of the author's thesis is his contention that the British people during the pandemic have shown themselves to be much better than their rulers; that we must find means to mobilise our true national spirit through a nobler politics ... His enthusiasm and, yes, virtue shine through its pages, together with his rage towards those who fail us in the "duty of care" of his title. It is an inspirational work.

deeply thoughtful ... the book is testament to Hennessy's own deep humanity as well as his expertise in the history of Britain since 1945, the era of the post-war consensus, about which he writes with such conviction. It is a valuable and exceptionally well-reasoned guide to how we might turn round a country battered not by war, as in 1945, but by a wave of disease unknown in living memory.

Peter Hennessy's A Duty of Care is a call from the deep for civility, compromise and cooperation. Coming from one of our most distinguished political historians, it can hardly be ignored. But A Duty of Care is much more than just an appeal for a politics of sanity and mutual respect. It is also, no less importantly, and more interestingly, a Confucian appeal for a politics of benevolence.

Part history, part manifesto ... The warmth and wisdom of Hennessy's book, peppered with personal reflection and marked by his deeply held commitment to a society of equals, is inspiring.

The detailed prescriptions for a better future advanced in this book deserve to be read by anyone actively engaged in politics today. Nobody knows more about the world of high politics in the United Kingdom than Peter Hennessy.

Peter Hennessy understands just how Britain ticks. ... In this latest short, but compelling, book he brings all that knowledge and sense of perspective to a remarkable analysis

In A Duty of Care, Peter Hennessy draws a link between the history of the postwar welfare state and the post-pandemic case for a new settlement ... Admirably concise, it is proof that a strong political case does not require hundreds of pages to make its point.