Dr. Zhisui Li qualified from West China Union University, Chengdu, in 1945 and worked in Sydney before he was appointed as Chairman Mao's personal physician in 1954, a post he held until Mao's death in 1976. From 1980 until 1988, when he emigrated to the United States, Dr. Li served as the vice president of the Chinese Medical Association and the Gerontological Society of China. as Chief Editor of the National Medical Journal of China and the chinese edition of the Journal of the American Medical Association. From 1988 until his death in 1995, Dr. Li lived in Chicago. 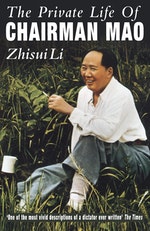 Be the first to find out about Zhisui Li.