Zawe Ashton is an actress, playwright and director who started acting at the age of six. Her portrayal of Vod in Sam Bain and Jesse Armstrong’s Fresh Meat won her a cult following and the diversity of her work across television, film and stage has attracted numerous accolades. Recent credits include the BBC TV series Wanderlust (with Toni Colette) and the highly anticipated forthcoming Jake Gyllenhall film Velvet Buzzsaw. Her directorial debut Happy Toys was nominated for Best British Short at the Raindance Film Festival and she is the author of the award-winning plays Harm’s Way and For all Those Women who Thought They were Mad. She lives in London. 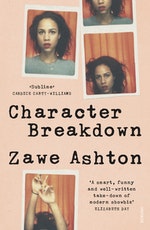 Be the first to find out about Zawe Ashton.