William L. Shirer ranks as one of the greatest of all American foreign correspondents. He lived and worked in Paris, Belin, Vienna, and Rome. But it was above all as correspondent in Germany for the Chicago Tribune and later for the Columbia Broadcasting System in the late 1930s that his reputation was established. He subsequently wrote The Rise and Fall of the Third Reich, which is hailed as a classic, and after World War Two he was awarded the Legion d'Honneur. In the post-war years he wrote in a variety of fields, and in his seventies he learned Russian, publishing a biography of Tolstoy at the age of 89. He died in 1994. His Berlin broadcasts were published posthumously by Hutchinson in 1999. 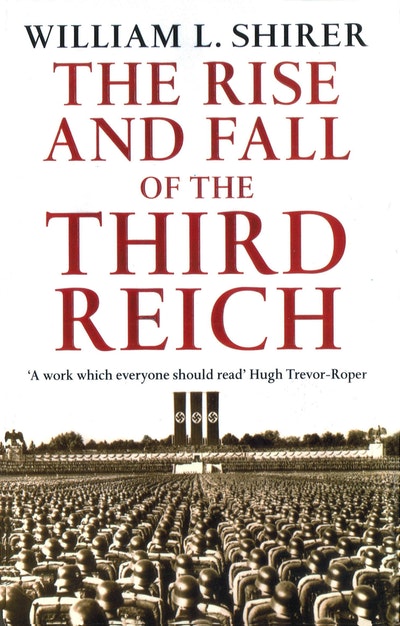 Rise And Fall Of The Third Reich
William L Shirer

The definitive biography of one of the darkest times in modern history; the twelve years when Adolf Hitler and his Nazi army ruled over Germany. This is an eyewitness account of the meteoric rise and fall of the Nazi empire, including the earth-shattering events of World War Two and the Holocaust.