Sapper is the pen name of Herman Cyril McNeile, born in 1888 at the Naval Prison in Bodmin, Cornwall, where his father was Governor. He served in the Royal Engineers (popularly known as 'sappers') from 1907–19, being awarded the Military Cross during World War I.

He started writing in France, adopting a pen name because serving officers were not allowed to write under their own names. When his first stories, about life in the trenches, were published in 1919, they were an enormous success. But it was his first thriller, Bulldog Drummond (1920), that launched him as one of the most popular novelists of his generation. It had several amazingly successful sequels, including The Black Gang, The Third Round and The Final Count. Another great success was Jim Maitland (1923), featuring a footloose English sahib in foreign lands.

Sapper published nearly thirty books in total, and a vast public mourned his death when he died in 1937, at the early age of forty-eight. So popular was his 'Bulldog Drummond' series that his friend, the late Gerard Fairlie, wrote several Bulldog Drummond stories after his death under the same pen name. 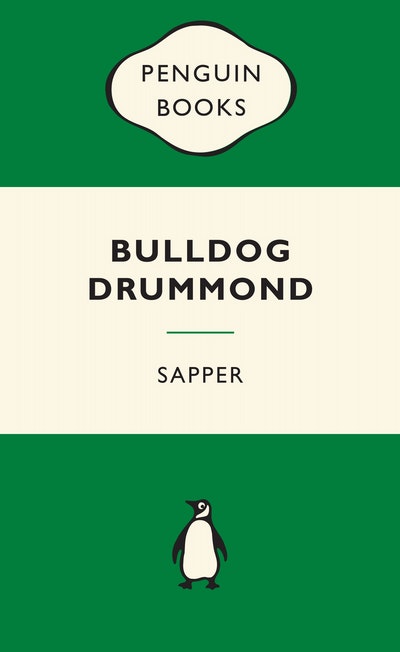 Hungry for adventure following the First World War, Captain Hugh 'Bulldog' Drummond begins a career as the invincible protectorate of his country.