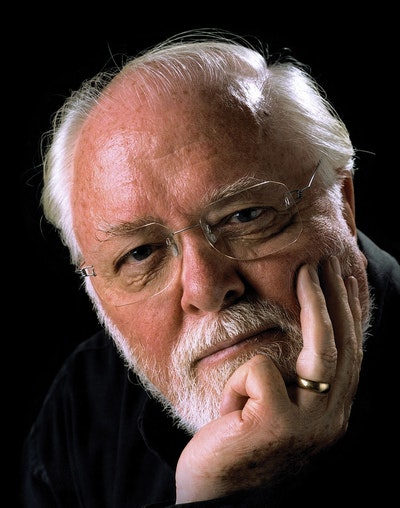 Famous for more than sixty film performances, beginning in wartime with In Which We Serve and continuing with such classics as Brighton Rock, The Angry Silence, 10 Rillington Place, The Great Escape, Miracle on 34th Street and Spielberg's Jurassic Park, Richard Attenborough has always fought tenaciously for the survival of British cinema. As a producer/director he has also been the driving force behind Gandhi, Oh! What a Lovely War, A Bridge Too Far, Cry Freedom and Shadowlands. He was knighted in 1976, appointed a Goodwill Ambassador for UNICEF in 1987 and became a life peer in 1993. He has chaired numerous professional organisations including Channel 4 Television and the British Film Institute and, over the years, has worked tirelessly for a wide range charities.

Diana Hawkins, formerly a broadcaster and latterly a film producer, wrote the storyline for Chaplin and, as Diana Carter, three novels and a children's book. She is currently an executive director of Dragon International Studios, a company chaired by Richard Attenborough, which is building a new film making facility in South Wales.

'Actor and director Richard Attenborough is a giant of British cinema - and one of the best connected men in the world of showbusiness ... Now he's telling his extraordinary story ... Moving and enthralling' Daily Mail