Ray Galton and Alan Simpson met in a sanatorium in Surrey, where they were both being treated for TB. Ray Galton remembers noticing the six-foot-four Simpson and thinking he looked surprisingly large - ‘you expect everyone in a sanatorium to be thin and weedy, and he was the biggest guy I’d ever seen’. During two years in the same ward, they listened to comedy shows together and also wrote a series of their own, creating a radio room in a linen cupboard.

Having left the sanatorium within a few months of each other, they decided to get a professional opinion of their work and sent a sketch they had written called The Pirate Sketch to the BBC. They were asked to go in for an interview, and soon found themselves writing for the sketch show Happy Go Lucky. Over the next two years they continued to write sketches for a number of big names, before coming up with the idea for Hancock’s Half Hour. Although the BBC took some persuading, eventually the show was scheduled, initially for radio but later as a television series. A phenomenally successful ten years later, Galton and Simpson were themselves very well known names.

After Hancock’s Half Hour they wrote Comedy Playhouse for the BBC, out of which came their second huge television and radio hit, Steptoe & Son. In 1977 they wrote The Galton & SimpsonPlayhouse, produced by Yorkshire Television for ITV. 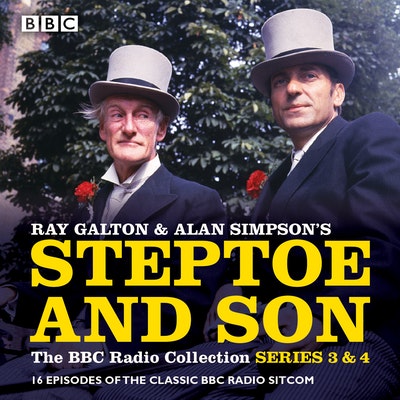 Collected together for the first time, 16 episodes of the radio episodes based on the TV series. 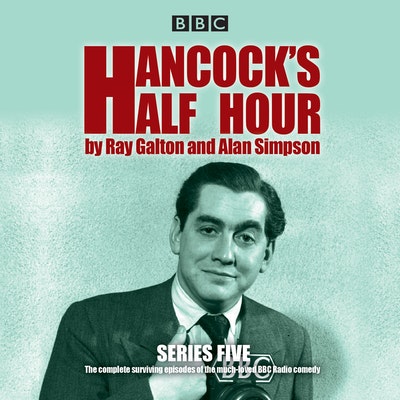