Since launching her YouTube channel in September 2017 Rachel Ama has amassed a legion of followers who are all hungry for her simple, affordable and delicious vegan recipes and recommendations (and for her dance moves).

Rachel Ama knows the London vegan scene inside-out but she also looks abroad for flavour inspiration, and to both her Caribbean and African roots. Rachel grew up in North London with her Mum, who encouraged lots of veggies (there was no “treat drawer” in their house) and was really into holistic living and studied nutrition. Rachel very much brought vegan cooking home and would take staple Caribbean recipes (inspiration from her Sierra Leonean and St Lucian roots) and make vegan alternatives still packed with traditional spices and flavours. Rachel also has a grandma from Wales so was inspired to make some British classics vegan.

A self-confessed KFC addict as a teenager, she decided to go vegan three years ago and hasn’t looked back. As her passion for plants grew and grew, so did her interest in cooking – and her belief that vegan food need not compromise on taste or nutrition. Rachel travelled around South America after University and was inspired by how each country offered a completely different palette of flavours, confirming her love for food and cooking.

Rachel loves to exercise and dispels the belief that veganism gives you no energy – she loves boxing and trying out new exercises like Muay Thai. She lives in North London with her Cockapoo, Marlee. 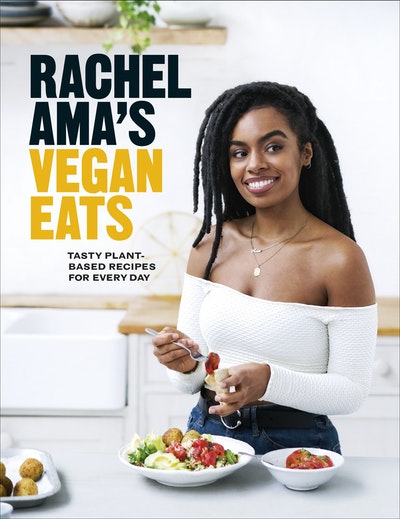