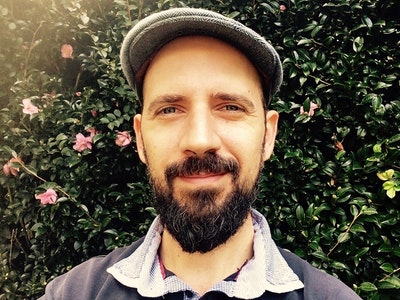 Peter Carnavas grew up in Brisbane and on the Sunshine Coast in Queensland. He became a primary school teacher and it was during this time that he began to immerse himself in picture books. His first book, Jessica’s Box, was shortlisted for the Queensland Premier’s Literary Award and the CBCA Crichton Award for Emerging Illustrators. He has since written and illustrated many picture books as well his first novel, The Elephant, which won a Queensland Literary Award in 2018. His works have been translated into a number of languages. Peter lives on the Sunshine Coast with his wife, two daughters, a small dog and a large cat.

From one of Australia's most iconic singer-songwirters, John Williamson, comes this hilarious family song, with a special new verse, brought to life by award-winning illustrator Peter Carnavas.

Be the first to find out about Peter Carnavas.