Paula Boock is an award-winning writer of young adult fiction, a novelist, editor, scriptwriter filmmaker, and co-founder of Longacre Press. Born in Dunedin, she was educated at Queen’s High School and the University of Otago. Awards include: the AIM Best First Book Award for Out Walked Mel; the Esther Glen Medal and the 1994 LIANZA Children’s Book Awards for Sasscat to Win; the 1998 NZ Post Children’s Book of the Year and Senior Fiction Award for Dare, Truth, or Promise, which was also shortlisted for the United States Lambda Award for LGBT-themed fiction;and the AFTA NZ Best Drama Script Award for an episode of The Strip.

She has held the Writing Residency at the Dunedin College of Education as well as the Robert Burns Fellowship, and was the 2009 Writer in Residence at Victoria University of Wellington. A member of the sporting family which produced test cricketer Stephen Boock and acclaimed sport writer Richard Boock, Paula was a representative cricketer for Otago, and she has written about sport in Home Run — softball, — which was a finalist in the senior fiction section of the 1996 AIM Children’s Book Awards. Song of the Shirt is a one-Act play.

Screen credits include writing on the drama series Cover Story, The Strip and the multi-award-winning TV series Insider’s Guide to Happiness and Insider’s Guide to Love. She was an editor and script consultant on Bro’Town and Burying Brian.

With Donna Malane, Paula formed production company Lippy Pictures in 2007. Together they created and co-produced TimeTrackers, a 13-part children’s series which was nominated for best children’s drama at the 2009 Australian Film Institute Awards, and the television film Until Proven Innocent, the story of wrongly convicted rapist David Dougherty, a multiple award-winner at New Zealand’s 2009 Qantas Film and Television Awards. Bloodlines, a feature-length crime drama written for Screentime (NZ) was awarded the NZWG Best Script — Drama Award (2010), and their tele-movie Tangiwai —- A Love Story won four NZ Television Awards and the 2012 TV Guide’s Best on the Box People's Choice Award. Most recently Donna and Paula produced and wrote a feature-length docudrama Pirates of the Airwaves about the formation of Radio Hauraki, and Field Punishment No 1, a television film about NZ conscientious objectors during WW1. Both of these will screen in 2014.

The Oxford Companion to New Zealand Literature described her writing as follows: ‘she writes strong fiction which shows her sympathy for modern teenagers and her understanding of the social pressures they encounter in a “corrupt” world on a “decaying” planet. Her feisty female protagonists explore friendships and challenge traditional roles and social expectations as they cope with dysfunctional families, school and life after school, male aggression, and disasters including death.’ 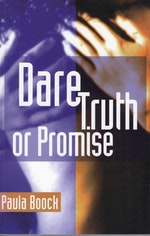 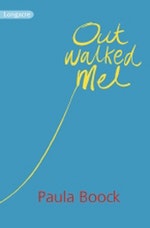 Be the first to find out about Paula Boock.