Nathan Buckley was born in Adelaide but ended up playing football in almost every state and territory as his family travelled all over the country. He became and AFL footballers in 1993, with the Brisbane Bears. In 1994 he joined the Collingwood Football Club, where he played for the rest of his career, captaining the club from 1999 to 2007. He retired in 2007 and is currently a football commentator for Channel 7. He lives in Melbourne with his wife, Tania, and son, Jett. 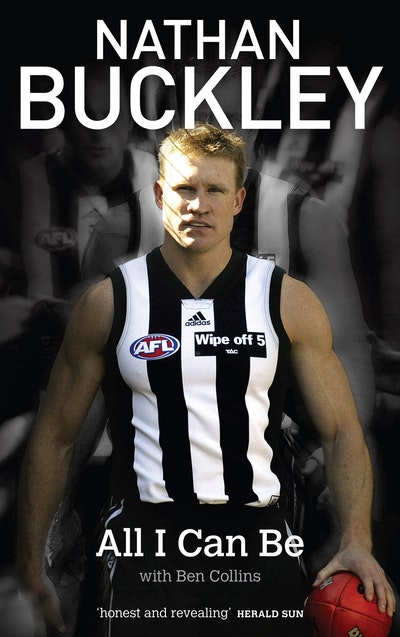 All I Can Be
Nathan Buckley
Read more