Book for an event
linkedin.com matthewhussey.com

Matthew Hussey is regarded as an international guru on the dating scene. Having started out as a peak performance coach, in 2008, Matthew formed his Get the Guy company, focusing exclusively on relationships and aimed solely at women. The brand has established Matthew as one of the leading experts in the field of human attraction. He has had countless positive features written about his work in the Independent, the Sun, OK!, Men's Health, Glamour, Cosmopolitan, Elle, Fabulous, the London Metro and the Evening Standard. He has also featured on ITV's This Morning, GMTV, the BBC3 series Undercover Princess and has been resident expert on MTV's Plain Jane, which has been shown in 60 territories. 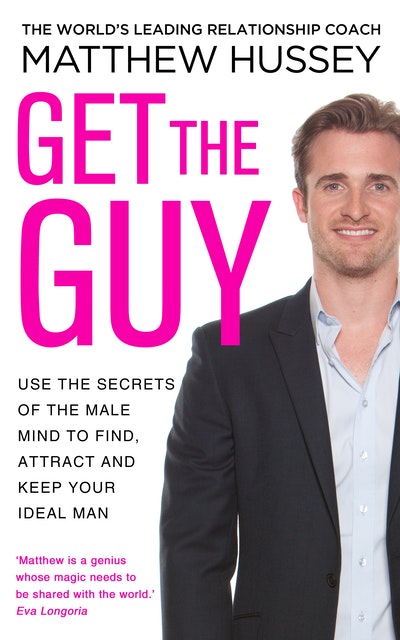 Get the Guy
Matthew Hussey

The essential guide for women who want to find - and keep - their perfect man.