Mark Pougatch is a well-known broadcaster and journalist who has presented BBC Radio 5 Live's flagship programme, 5 Live Sport, since 2000. He has also presented Match of the Day and Football Focus on BBC Television and has worked on all the major sporting events, including the World Cup, the European Championship, the Olympics, Wimbledon, the Ashes, the Ryder Cup and the Grand National. 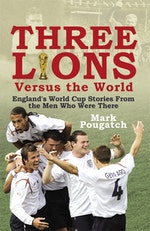 Be the first to find out about Mark Pougatch.