Book for an event
lisawalker.com.au

Arkie's Pilgrimage to the Next Big Thing is Lisa Walker's third novel, following Liar Bird and Sex, Lies and Bonsai.

Lisa was born in Holland, grew up in Fiji and spent her teenage years in Brisbane. She has worked as a bartender, wilderness guide, igloo builder and tertiary lecturer. She now works part-time in community relations. Unable to decide whether she likes writing or science more, she has Masters degrees in both natrual resource management and creative writing.

Her half-hour radio play Baddest Backpackers aired on ABC Radio National in 2008. She was a finalist in the ABC Regional Short Story Award and winner of the Byron Bay Writers Festival short story award. Her writing has been published in The Age, The Sydney Morning Herald online and the Review of Australian Fiction.

She lives in a pole house on the far north coast of New South Wales. In her spare time she reads widely, surfs, backcountry skis and bushwalks. Although she is yet to do a pilgrimage, she still has a notion that at some stage she will head out - sans husband and kids - on a spiritual journey from which she will return changed for the better. 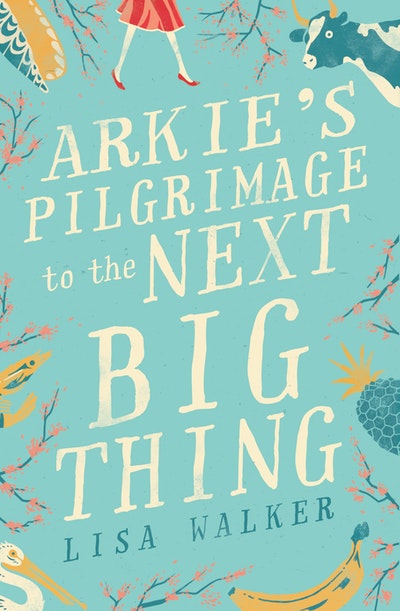 Arkie's Pilgrimage to the Next Big Thing
Lisa Walker

A delightfully funny and inspiring novel about a very modern pilgrimage, and one woman's chance to rediscover what she's lost.