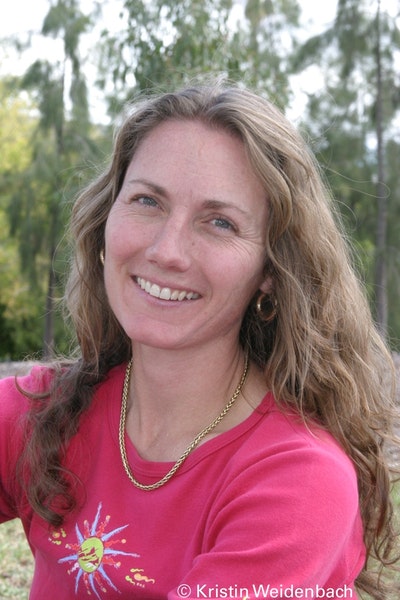 Kristin Weidenbach writes popular non-fiction focused on Australian history.
Her picture book for children, Tom the Outback Mailman, illustrated by Timothy Ide, won the CBCA Eve Pownall Award for Information Book of the Year 2013.
She is the author of the adult titles Rock Star: the Story of Reg Sprigg and the Australian bestseller Mailman of the Birdsville Track: the Story of Tom Kruse, which has sold over 100,000 copies since publication in 2003.
Her commissioned titles include Blue Flames, Black Gold: the story of Santos and First Watch: 40 years of the Cruising Yacht Club of SA.
Kristin is a PhD immunologist who switched to a writing career after completing postdoctoral research at Stanford University in California. She is the author of several academic publications and the recipient of an award from the International Association of Forensic Sciences.
As a science writer, Kristin has written for Science magazine and for publications from Harvard and Stanford Medical Schools. Her magazine articles have been awarded prizes from the Council for the Advancement and Support of Education, and from the Association of American Medical Colleges. She has also written for Outback magazine and Australian Geographic.

Be the first to find out about Kristin Weidenbach.