Kelly Smith was born on 29 October 1978. She played for Garston Boys Football Club before being prevented from playing in mixed teams, then for Watford Ladies, Pinner Park, Wembley Ladies and Arsenal Ladies. After being spotted by American scouts, she was offered a scholarship at Seton Hall University in New Jersey, where standout performances saw her number six shirt retired after her graduation.

In 1999, Kelly became England’s first ever women’s professional footballer, and played for Philadelphia Charge in the WUSA before returning home to win every honour in the domestic game with Arsenal, including their sensational quadruple in 2007 when they became champions of Europe. Between 2005 and 2009, Kelly scored 100 goals in 112 games for the team she had always supported. After playing for Boston Breakers in the WPSL, she returned to Arsenal in March 2012.

Kelly made her England debut just three days after her seventeenth birthday, and has gone on to score a record forty-five goals in more than a hundred appearances for her country. She helped England reach the final of the European Championships in 2009 and the quarterfinals of the World Cup in both 2007 and 2011, and was twice voted third in the FIFA World Player of the Year. She was awarded an MBE in 2008. 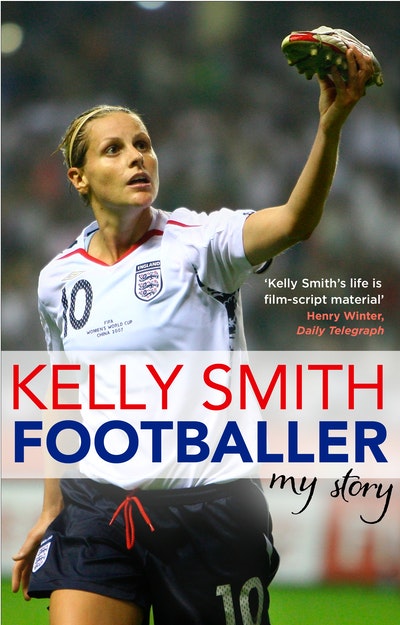 The inspiring story of how a girl from Watford became the greatest player in England's history and one of the biggest stars in world football.