Jonathan Brown is a three-time premiership player and Brisbane Lions champion who captained the club from 2007 to 2013. Known for his courage, strength and imposing style of play, Jonathan Brown is regarded as one of the best power forwards of the last decade.

Brown grew up in Warrnambool, and was a Vic Country representative at Under-16 and Under-18 levels. He made his debut for the Lions in 2000, having been drafted under the father-son rule. In 2001, his first full season, he became a premiership player before he turned twenty, and two more flags followed in 2002 and 2003. Throughout Brown's 256-game career he received many awards and accolades, including the Coleman Medal in 2007, two All-Australian selections, AFLPA Best Captain, three Merrett-Murray Medals and three Robert Rose Awards for Most Courageous Player. His career was dogged by serious injuries, often a by-product of his fearlessness. He retired midway through the 2014 season after yet another concussion.

Jonathan Brown is one of the most popular and credible media personalities covering the AFL. 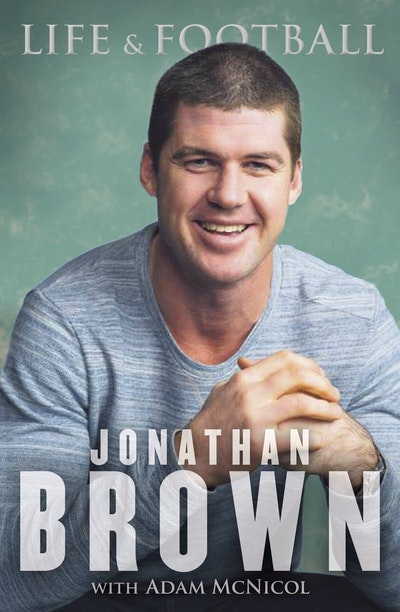 AFL legend Jonathan Brown on footy, living life to the full and having what it takes to win three premierships.