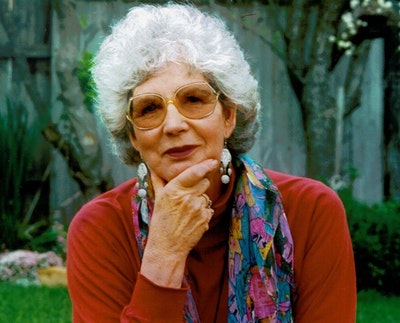 Joan Webster OAM has probably done more than any other private individual to help people and their homes to be safer during a bushfire.

The Complete Bushfire Safety Book caused a revolution in bushfire safety for the public when it was first published in 1986 and is acclaimed by fire authorities as the most comprehensive and authoritative book on the subject.

Many concepts now familiar in official bushfire brochures were devised by Joan Webster OAM and first published in The Complete Bushfire Safety Book. They include: the a bushfire safety plan, the, actions lists of what to do at various stages of bushfire threat, the personal Survival Kit, protective window shutters, special needs of children and the frail, care of pets, holiday safety and safety for precious possessions.

Her ground-breaking analysis of the stay-go dilemma in 1986 helped shape official policy. Her book is used as a resource by fire and emergency authorities and government departments throughout Australia and to train their officers. Readers praise its readability. 'I didn't want to put it down' ... 'I read it like a novel'.

In 1990 she received the Australian Fire Protection Association’s Community Service Award, and in 2010 was awarded The Order of Australia Medal “For service to the community in raising awareness of bushfire safety”. She is an award winning journalist and poet, who has written extensively on bushfire safety for the public since 1965. 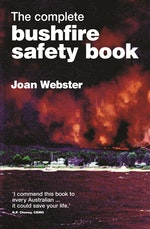 Be the first to find out about Joan Webster.