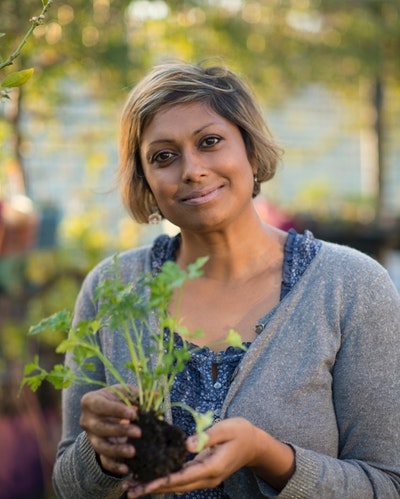 Indira Naidoo is one of Australian television's best-known broadcasters and journalists. South-African born, she first joined the ABC in Adelaide in 1990 and since then has become a regular fixture on our TV screens, most notably as the presenter of SBS Television's highly regarded national mid-evening news service, World News Tonight. She has also hosted the ABC's 7.30 Report, National Late Edition News and Behind the News, and made regular guest appearances on Good News Week, Race Around the World, The New Inventors and The Glass House, amongst other shows, most recently appearing on the first series of Celebrity MasterChef on Network Ten. Indira is passionate about growing her own produce and creating delicious meals with the bounty from her balcony. Details of her food adventures can be found at her blog saucyonion.blogspot.com. 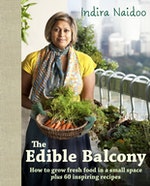 Join popular media personality and foodie Indira Naidoo as she embarks on a mission to transform her tiny thirteen-floor balcony into a bountiful kitchen garden.

Be the first to find out about Indira Naidoo.