GERARD O'NEILL has won the Pulitzer Prize in journalism as well as many other national journalism awards. He was the longtime editor of the Boston Globe's award-winning investigative team. He co-authored Black Mass and also, with Lehr, The Underboss, as well as Rogues and Redeemers, a political history of the Boston Irish focusing on the city's most famous mayors. 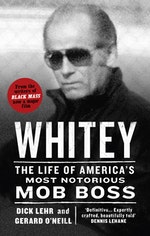 From the writers of Black Mass, now a major film starring Johnny Depps, comes the definite biography of the mob boss and killer who brought the FBI to its knees

Be the first to find out about Gerard O'Neill.