Sir Edward 'Weary' Dunlop, AC, CMG, OBE, KCSJ, MS, FRCS, FRACS, FACS, LL D Melb. (Hons) D.Sc. Punjabi (Hons) was born at Stewarton, Victoria in 1907. After a brilliant academic career, he qualified as a pharmacist in 1928 and as a doctor in 1934. In 1938 he went to England for post-graduate studies at St Bartholomew's Hospital and at the outbreak of World War II he became a specialist surgeon to the Emergency Medical Services at St Mary's Hospital, Paddington. In 1940 he was posted to Jerusalem and after service in Greece, Crete and at Tobruk with 2/2 Aus. CCS, landed in Java in February 1942 and was promoted to command No. 1 Allied General Hospital. At capitulation, he elected to stay with his hospital and patients and became a prisoner-of-war. In the 1960s he returned to South-east Asia to the Vietnam War, where he was Team Leader, Australian Surgical Team, caring for civilians. Sir Edward was the first Honorary Surgeon appointed to the Royal Melbourne Hospital after the war, and was Honorary Surgeon to the Royal Victorian Eye and Ear Hospital, Consultant Surgeon to the Peter MacCallum Cancer Institute, Specialist Surgeon to the Repatriation Department, and the second Australian to become Vice-President of the International Society of Surgeons. Sir Edward 'Weary' Dunlop died in July, 1993. He was given a state funeral with full military honours. On Anzac Day 1994, P.M. Paul Keating scattered Weary Dunlop's ashes over The Burma Railway. 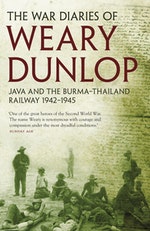 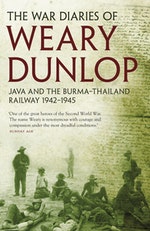 Be the first to find out about Edward E Dunlop.