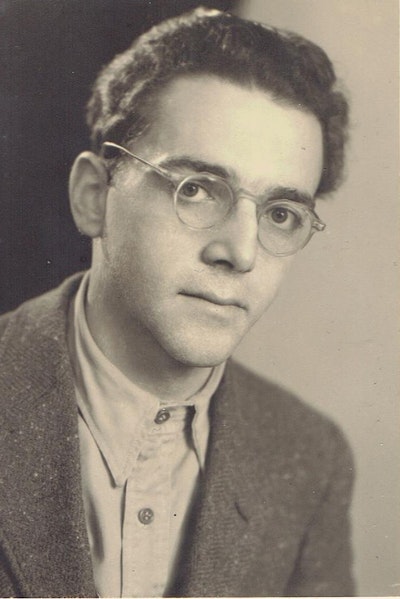 Eddy de Wind (1916–1987) was the last Jewish doctor to graduate from Leiden University in the Netherlands during World War Two. He volunteered to work at the Westerbork labour camp under the false impression that his mother, who had been taken by the Germans, would be saved from deportation. There, he met and married his first wife, Friedel. The couple was deported to Auschwitz in 1943. In late 1944, the Russians were closing in on the camp and the Germans set about destroying it, taking with them all prisoners who were still mobile – including Friedel, who was removed in January 1945. De Wind stayed in the camp, hid under a barracks, was liberated by the Russians and became a doctor in the Red Army. While still in the camp, he found a notebook and began writing Last Stop Auschwitz.

After returning to Holland in the summer of 1945, de Wind specialized as a psychiatrist and psychoanalyst. In 1949 he published ‘Confrontation With Death’, his famous article in which he introduced the idea of concentration-camp syndrome. Last Stop Auschwitz was published in Dutch in February 1946. As far as is known, it is the only complete book written in Auschwitz itself.

An Auschwitz prisoner's remarkable account of suffering and survival, widely thought to be the only complete book written inside the camp itself.

Be the first to find out about Eddy de Wind.