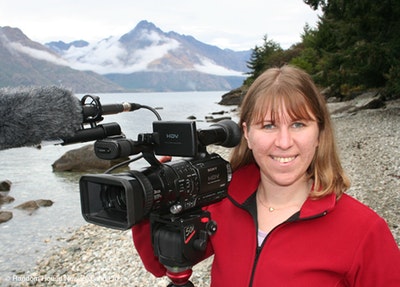 Claudia Babirat is lead author of The Business of Documentary Filmmaking with Lloyd Spencer Davis. Her first documentary, Porker Stalker, won best newcomer at the 2005 Wild South International Film Festival. In 2007 Claudia was the first to graduate with a Masters of Science Communication. As part of her Masters, she produced the internationally award-winning documentary Calici: A Rural Conspiracy and wrote The Business of Documentary Filmmaking. She has written for a number of popular science magazines, including New Zealand Geographic. In Australia she worked for the well-known wildlife footage library Absolutely Wild Visuals, on a children’s TV programme called Kid Detectives (Beyond Productions), and on the Macquarie Island Pest Eradication Project as a filmmaker, wildlife guide and professional hunter. She has made short films with Sir Tim Wallis, and for the Department of Conservation as Otago in her role as Community Outreach Coordinator. As well as working for various production companies, including Pickled Possum Productions, PRN Films and the internationally renowned film unit NHNZ (Natural History New Zealand), she has set up her own filmmaking business, Claudia Babirat Productions. 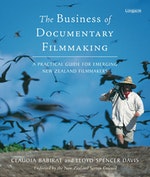 How to make successful documentary films, a resource book for novice and experienced filmmakers

Be the first to find out about Claudia Babirat.