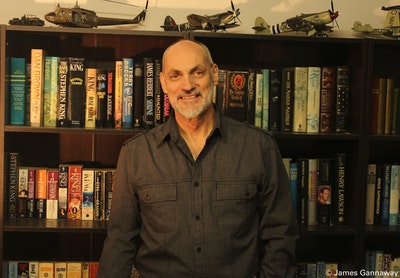 Bruce Gannaway is the winner of The National Seniors Literary Prize 2014. His debut novel, The Last Eaglehawk, was inspired by his own experiences as a child building aeroplanes out of wooden packing crates, and later in life watching his own children wrestling with joysticks as they fought countless hostile fighters in the virtual world of computer games.
Bruce was born in Melbourne in 1958 and his passion for writing began with stories which would later be read to his own children at bedtime.
Married with four children and three grandchildren, Bruce lives in Mount Warren Park, Queensland. When he’s not writing, building model aircraft, researching military history and collecting, Bruce works in the Australian Public Service.
Inspired by authors such as WE Johns for his ‘Biggles’ series of books, Jules Verne for his remarkable imagination and later Steven King, James Herbert and James Patterson to name a few, Bruce continues to indulge his passion for fictional writing. 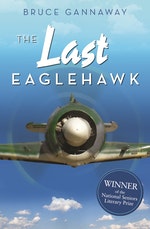 A thrilling action adventure set in wartime Australia, The Last Eaglehawk is the winner of the National Seniors Literary Prize for 2014.

Be the first to find out about Bruce Gannaway.