Born in Skopje in 1910, Mother Teresa joined the Sisters of Loreto in Dublin in 1928 and was sent to India, where she began her novitiate. She taught at St. Mary's High School in Calcutta from 1931 to 1948, until leaving the Loreto order to begin the Missionaries of Charity. Through her sisters, brothers and priests, her service to the poorest of the poor spread all around the world. She won many awards, including the 1979 Nobel Peace Prize. After her death in 1997, the process for her sainthood was quickly begun and she was beatified in 2003.

Fr. Brian Kolodiejchuk, M.C., Ph.D., was born in Winnipeg, Canada. He met Mother Teresa in 1977 and was associated with her until her death in 1997. He joined the Missionaries of Charity Fathers at the time of their foundation in 1984. Fr. Brian is postulator of the Cause of Beatification and Canonization of Mother Teresa of Calcutta and director of the Mother Teresa Center. 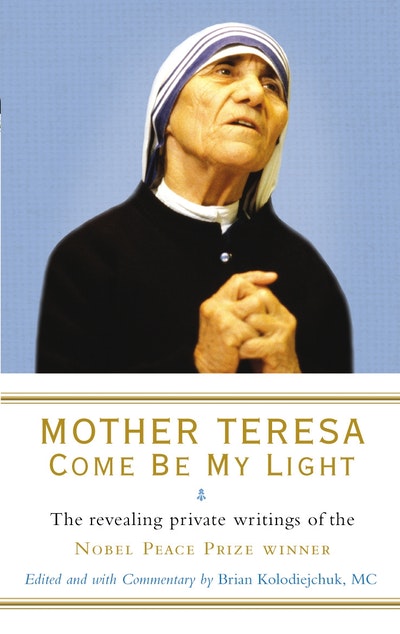