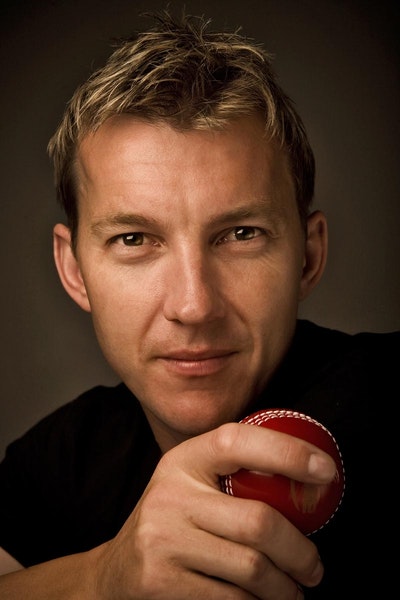 Brett Lee is known throughout the cricketing world as one of the fastest and most exciting pace bowlers to play the game. Intimidating while charming, decent yet ferocious, he is known for his quick-one liners as much as his gutsy bottom-order batting. He has been recorded bowling at speeds of over 160km/h leaving batsmen with only a fraction of a second to react once the ball leaves his hand.

Brett was born and raised in Wollongong, New South Wales where he grew up with his family and their shared love of sports. Brett tried his hand at many sports but cricket proved to be the one that he excelled in. He had his first official game of cricket at the age of nine. He quickly developed into a very talented player and progressed through the cricket ranks to be in a position where he gained selection for his state at the age of 21 and his country at 24.

Brett made his debut for Australia in the Boxing Day Test against India 1999. He finished his first match for his country with figures of 5/47. He has now picked up 310 wickets from 76 Tests, joining the elite 300 Test wicket club before retiring from Test cricket earlier this year to concentrate on the shorter forms of the game.

He also has a formidable limited-overs record - with 324 wickets from 186 ODIs. Brett has one of the best strike-rates in the world for this form of the game. His pace bowling combined with his ability as a hard hitting and determined tail end batsman make him a crowd favourite throughout Australia and the world.

Brett was awarded Man of the Series for the 2007/2008 Test series against India and the 2007 Alan McGilvray Medal by ABC radio. Then in February he 2008 won the 2008 Test Player of the Year and the prestigious Allan Border Medal 2008 for cricketer of the year.

Brett is an enthusiastic and motivated sportsman who is grateful for all of the opportunities that have come his way. He remains a grounded person who is generous with his time in and out of cricket.