Andris Apse is one of New Zealand's leading landscape photographers. During a career spanning more than thirty years, he has won many major awards, and is acknowledged as one of the finest wilderness photographers in the world.

His work has been reproduced in the New York Times, National Geographic, New Zealand Geographic, Time and Newsweek, among many other publications. Apse has also published an array of books, including the phenomenally successful New Zealand Landscapes, which has sold more than 150,000 copies, Pounamu: The Jade of New Zealand (with Russell Beck and Maika Mason), Spirit of the South, a stunning tribute to the South Island,and the pocket-sized Southern New Zealand Landscapes. 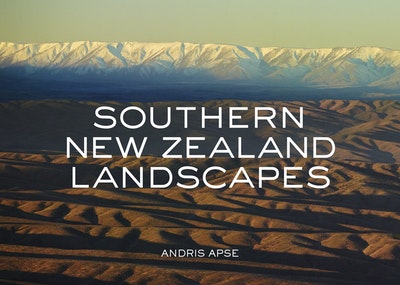